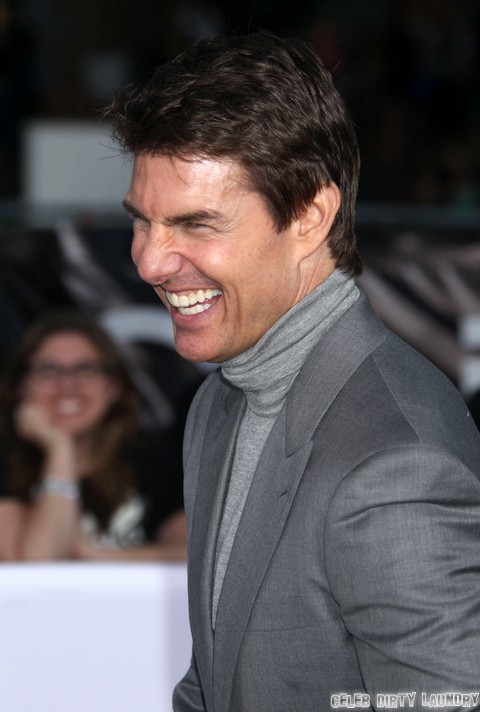 As a disciple of Scientology, Tom Cruise‘s gut reaction to adversity seems to be to always, always go on the offensive – even if it’s not in his best interests. His recent libel lawsuit against the tabloids definitely showcases that – if he had just left it alone, the gossip would have gone away eventually. However, by suing them, he’s opened himself up to a world of speculation that’s bringing even more attention to the rumors that he ‘abandoned’ Suri Cruise after his divorce from Katie Holmes.

Anyhow, Tom and his lawyers have decided to go on the offensive once again. Instead of letting his deposition rule the media, they’ve decided to launch a smear attack against Bauer Media, which is the parent company of Life & Style and In Touch Weekly, the tabloids that Tom is suing. Smear attacks are nothing new to Scientology, who often create online campaigns to ruin the credibility of anyone who’s ever left Scientology or is declared a ‘suppressive person’ – i.e. Scientology speak for anyone who’s ‘against’ them.

Tom’s lawyer, Bert Fields, reportedly sent a letter to the Bauer attorneys accusing Bauer of Nazi connections, saying, “This relentless defaming of Mr. Cruise and his Church is less surprising now that we have discovered Bauer’s long and disgraceful record of religious hatred and bigotry. This appalling record goes back to the 30s and 40s, when Bauer Publishing was a fawning admirer of Hitler and the Nazis, publishing glamorous portraits of Der Führer … Bauer may disguise its present attacks [on Cruise in In Touch and Life & Style magazines] as mere tabloid-style gossip. But it’s really a continuation of the same pattern of bigotry the company espoused under Hitler. Only now, it’s focused on Scientologists rather than Jews and it’s been reformatted to make money from young Americans, while indoctrinating them with Bauer’s current messages of hate.”

Are Tom’s lawyers seriously accusing TABLOIDS of ‘bigotry’ against Scientology? Seriously?! Um, it’s not bigotry when you’re writing stories about a cult-like religion that are all TRUE, and backed up by former members of this religion itself. Also, this libel lawsuit had almost nothing to do with Scientology, instead focusing on Tom’s role as a father to Suri. So why are the lawyers even bringing up all this nonsensical bigotry crap? That has nothing to do with anything.

Basically, they’re launching a smear campaign against Bauer, hoping it will turn the public against them. Unfortunately for them, everyone can see right through their tactics by now, especially after they’ve done it so many times. The fact that they’re accusing weekly tabloids of having some under-handed secret agenda to turn everyone into Scientology-hating racists is paranoia on the highest level, and it really showcases how desperate Tom has become to save his image. But once again, he miscalculated the public’s response and the ridiculousness of these smear tactics, and he’s made the situation that much worse for himself.

Editor’s Note: Facts are the any German company that survived through Hitler and the Nazi era had to have Nazi ties!  If a company didn’t comply and cooperate with Hitler’s regime and the Nazis then it didn’t survive. Those individuals or firms who resisted the horror that was Nazi Germany either fled or were eliminated – there was no tolerance for open resistance – there was no open resistence. Bauer recently stopped publication of their pro-Nazi magazine “Der Landser.” So I am afraid that despite our author’s enthusiasm in attacking the tactics of Tom and Scientology, in this particular case they are right on target. Bauer clearly had Nazi ties and continued to profit off of pro-Nazi publications until they were forced to stop by others.  This has no bearing on whether or not Tom was a negligent dad.