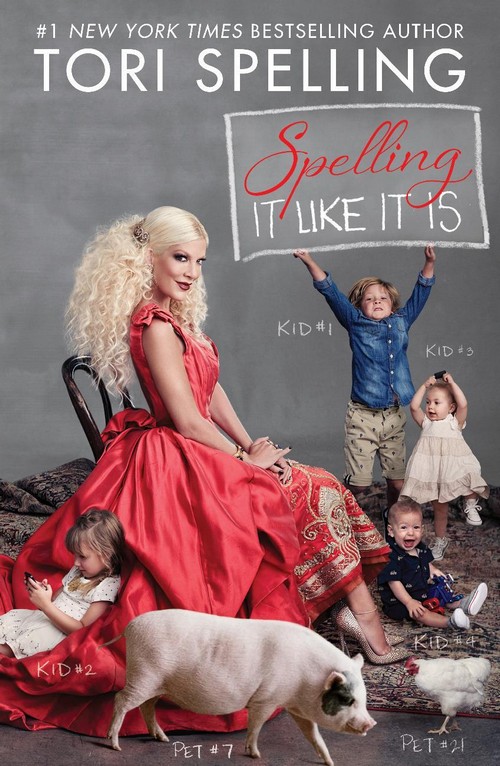 When Tori Spelling was on tour promoting her book, Spelling It Like It Is, she was supposedly hospitalized for stress and anxiety sparked by the backlash she received from her published commentary on Katie Holmes, who has a fierce fanbase. While many thought, at the time, she visited the hospital just because “she wasn’t feeling well,” a second source had a different explanation.

“Tori was hospitalized for stress and anxiety for a few days because she was receiving a lot of negative feedback about revelations she made in the book and she had no anticipation that it was going to hit a nerve,” a source tells Radar. “Tori didn’t think making comments about a chance encounter with Katie Holmes would cause such a ruckus. She just grew very anxious about having to defend her actions in the book in media interviews and decided that she needed to go to the hospital.”

Apparently, she had a rather unsavory run in with Katie Holmes, which she documented in her book. It was supposedly the description of this interaction that generated so much backlash. The commentary, as published in her book, is as follows:

“As I sat waiting outside his music room, I heard his prior appointment working with him in the other room. It was some actress singing horribly off-key … That made me feel better. I heard him say good-bye and then the actress walked out of the room. It was Katie Holmes.

“I didn’t know whether we should hug or shake hands. But the signal from her was immediately clear: Don’t even come close. I instantly got nervous. We clearly weren’t going to catch up on the last ten years. And we certainly weren’t going to talk about her husband, Tom Cruise.”

Things supposedly went very sour after that and Tori elaborated on how rude and aloof Katie was. The ordeal left her sweating and a wreck. Well, I guess the stress followed her into her current life as well. Sounds to me like she needs to get her Katie problem under control. What do you think about Tori getting all worked up over the backlash she received from her book; with those kind of memoirs, especially those that claim to spill “truths,” there are bound to be some naysayers. If you’re going to publish it, you best have the tough skin necessary to stand strong through the criticisms.