Who Should Replace Charlie Hunnam as Christian Grey in Fifty Shades of Grey Movie? (POLL) 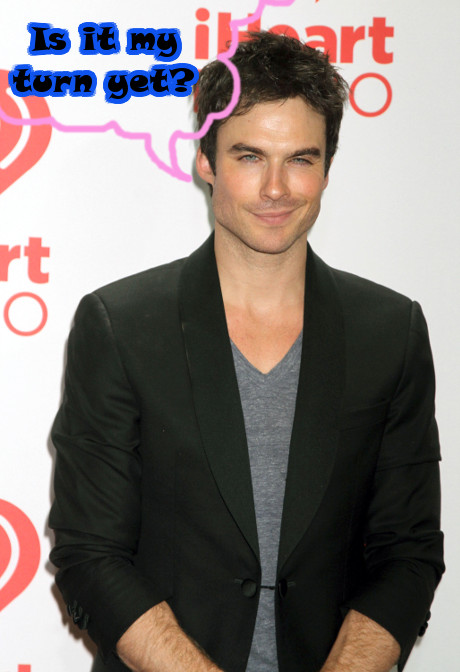 It was announced recently that Charlie Hunnam, originally cast to play the role of Christian Grey alongside Dakota Johnson (as Anastasia Steele), was forced to drop himself from the Fifty Shades of Grey film after his TV schedule proved to be too demanding. Now, some Fifty Shades fans will be extremely disappointed, but others are getting exactly what they wished for . . . . It’s no secret that many weren’t happy with the casting choice for Christian, and now the franchise will have a second chance to (hopefully) make everyone happy.

A great deal of people really want to see The Vampire Diaries star Ian Somerhalder take on the role, but there are a slew of other actors that have been in the running over the course of this process, and we’d like to hear who YOU think should be Christian Grey. Our poll below contains a list of many recurring favorites for the role, but we’ve added a few others that could possibly work in this crazy sexy-time masterpiece that’s sure to take the world by storm in all its over-the-top kinky weirdness.

Now, the studio behind the film says that Charlie dropped out because of his “immersive TV schedule” filming of Sons of Anarchy, but there’s also talk that he was getting cold feet after all the attention he was garnering regarding the role. Believe what you will; regardless of the real why, Charlie is no longer in the film. And we can’t wait to see who’s recast! If there are others you think would be great in the role (ones not addressed in our poll), be sure to leave the names in the comments section below!