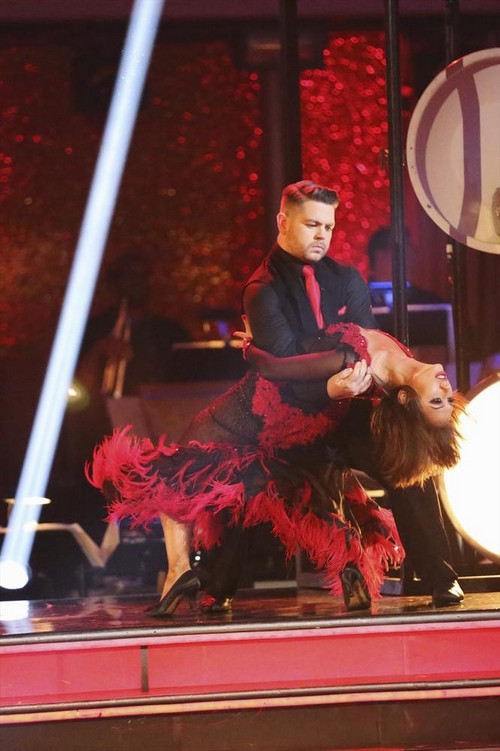 Dancing with the Stars season 17 is moving along with full force, and it’s only a matter of time before we crown our champion. On tonight’s episode, the five remaining couples will compete to secure their spot in next week’s show, but in order to do that they’re going to have to impress a fourth dance pro, whose face is quite familiar to the ballroom. Maksim Chmerkovskiy will be returning as a guest judge tonight and will observe the dancers alongside Carrie, Len, and Bruno.

Here’s the full, official synopsis for tonight’s episode: Not a stranger to expressing his strong opinion, Maksim is sure to unleash his unique brand of critique during the intense semi-final competition. The night will begin with a spectacular opening number by Emmy® Nominated choreographer Mandy Moore, featuring the pro dancers. The couples then must rise to a new challenge and perform to two different versions of the same song. In the first round of competition, the couples will perform either a Jazz, Paso Doble, Cha Cha or Tango routine to an original or “plugged” version of their selected song.

In round two of competition, the couples will perform either a Viennese Waltz, Argentine Tango or Rumba routine to an acoustic or “unplugged” version of that same song. Special musical guests will accompany the unplugged performances including singer Kerli, who will perform a version of Fall Out Boy’s “My Song Knows (Light em up),” and YouTube sensation Noah Guthrie who will perform his popular cover of “Sexy & I Know It.” At the end of the night, one couple will face elimination.

Last week, we said goodbye to Elizabeth and Val. Who do you think will get the boot tonight? Will it be Jack and Cheryl, Amber and Derek, Bill and Emma, Leah and Tony, or Corbin and Karina? We’ll just have to wait and see. Cast your vote below!