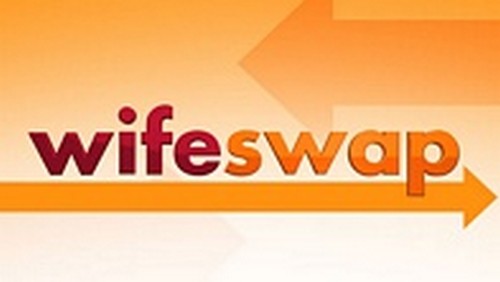 Tonight on ABC Wife Swap returns again for a whole new episode.  On tonight’s show self-proclaimed strict disciplinarian Cindy Avery-Lamb and advocate of “Radical Unschooling” Dayna Martin swap lives.  Did you watch last week’s episode when Heidi Cochran and Comedian Marianne Curry swapped lives?  We did and we recapped it here for you.

Cindy Avery-Lamb lives in suburban San Diego, CA with her husband, Andrade, son Jory (17) and daughter Najia (11.) Cindy is a strict disciplinarian and runs a tight ship at home. Her family adheres to a detailed list of chores and scheduled activities, including Cindy’s regular “room checks” to make sure her children’s bedrooms are neat and clean and up to her meticulous standards. Cindy also keeps tabs on her children at all times, including monitoring their conversations on social media, and she always knows where they are and whom they’re with.

Dayna Martin lives in Madison, NH with her husband, Joe, and their four children, Devin (13), Tiffany (11), Ivy (8) and Orion (4). Dayna is an advocate of “Radical Unschooling,” believes that schools are like prisons and that institutionalizing a child is one of the cruelest things a parent can do. The Martin children live life as if they were on permanent summer vacation, with no chores, mandatory bedtime or responsibilities.

We will be covering tonight’s Wife Swap, Heidi Cochran and Marianne Curry episode with all the details.    For the first time in the show’s history, a family breaks the rules of the swap and refuses to reunite for the roundtable discussion.  You don’t want to miss it!  Don’t forget to come back to this spot at 8PM for our coverage of the episode.

On tonight’s episode of Wife Swap its down to a Hippie and Disciplinarian to switch lives. Last week everything ended pretty tame for wife swap but for tonight the cursing and threats are back.

Dayna Martin homeschools her children. There is not set time for any of their activities. They live practically as they please. On the other hand Cindy Avery-Lamb watches and sees everything her children do. She always pushed for her children to get that “A”. This is not going to end pleasantly.

On her first view of the house, Cindy immediately states that house needs to be teared down. Her assumptions on the occupants are “lazy” and “smelly”.  When she reads Dayna’s rules, she questions whether it’s legal.   It doesn’t take her too long after meeting the family to ask “does Dayna clean?” She’s shocked

After Dayna views the house and the rules she finds herself scared for her own children. She even wonders if any children actually live in such a pristine house. She meets the family and first thought was that the children seem withdrawn and just a little too quiet.

Cindy asks the children about their education. She tests the daughter, Tiffany, and finds out the young girl doesn’t have a good grasp on Reading. She couldn’t read the word “only” Later when she finds the dog licking the dishes, she partials gives up and decides not to stay overnight at the Martins’ house but instead sleep at the hotel.  Later when she’s talking to 13 yr old, Devin, she’s further shocked when he swears in front of an adult. Cindy questions Joe about this only to be told that they won’t restrict their children’s language. Cindy tries to him it’s not about restriction but about respect.

It could have been fine for the new experiences end there but she does go on to see Joe allow his son to get a piercing. He got a nose ring.

Dayna is having some problems with the way Cindy’s husband, Andrade, talks to the children. She finds it almost bullying the way he talks to his 17yr old. The kids are woken up for school by an alarm. On the school drop off, she finds out the young man doesn’t really get time to hang out with his friends. She does manage to bond with Najia. Najia enjoys showing off her artwork.

Dayna confronts Andrade about his children needing his validation and how she fears Cindy may have emasculated him.

It the day for the women to change the rules and already  Andrade countermands Dayna by telling his children that there still will be school. Her rules are that are no rules, no chores, and no school. Also Andrade should meet his kids’ friends. That one Jori is especially excited about. Dayna instills daily hugs and part of parent and child bonding.

Cindy shows she came prepared for her Rules Changes by dressing up in military outfit. She instills a curfew, some dog behavioral rules, and they will be going to school. There is some confrontation when Devin tries to get smart with Cindy and she replies she’ll eat him and spit him out. Joe is already telling her that she better lay a hand on his kids. This erupts in an argument between Joe and Cindy. Joe and Devin don’t feel they should follow her rules when she doesn’t spend the night. Cindy tells him that his son should know his place and that Joe should get some authority.

Najia gets to hang up her artwork in her room and she’s also happy to get a hug from her dad. Jori is allowed to invite his friends over for the first time and his dad jokes around with them. His dad also hugs him, in front of his friends, but Jori doesn’t look embarrassed,

Joe does tell his children to follow Cindy’s rules. They do some cleaning for a while before they turn on the tears and Devin goes on strike until Cindy allows him to freely talk to his girlfriend. It’s time for bed and the kids appear to follow the rules until Joe notifies them when Cindy leaves. After hearing the “joyous” news they get up to do as they like. Joe believes if she’s not here to enforce it then the rules don’t apply. That’s the reason they all went to bed without any fuss like earlier.

Cindy brings in a horn to wake up the children but listens to Joe when he tells her not use it. They’re talking about the horn when in the middle of their conversation Joe honks the horn near Cindy’s face. A cursing fight ensues until Joe throws Cindy out of the house. Swap ended.

Both parents all meet up for the roundtable. Joe begins by apologizing for the horn but when he tries to explain his actions, Cindy cuts him off with her side of events. An argument begins with Cindy’s voice being most prominent while her husband remains quiet. Joe and Dayna do leave the table early but they do come back.  Dayna and Andrade agree about some changes they made. Cindy agrees to disagree.

Cindy was hurt that her children had “complaints”. The only thing she changed after her experience was buying a blender for vegan smoothies. Dayna and her family didn’t change a thing.

On next week’s promo, it’s looking like a battle of the fitness. If there’s anything to say about America is that weight the issue will never be solved in this lifetime. Why? Because healthy is considered too out there.