BY Siyana Riley on May 21, 2013 | Comments: 30 comments
Related : Dancing With the stars, Dancing With The Stars Season 16, Hot News, Reality TV, Scandal 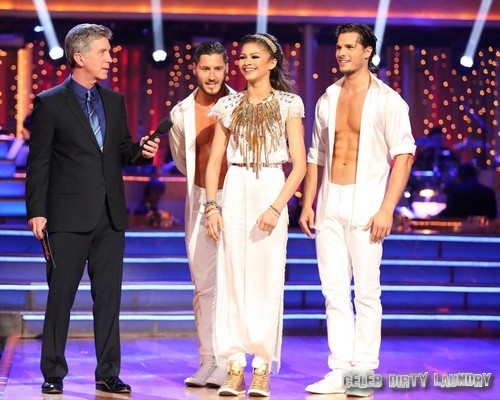 It’s not really a surprise is it? She’s the youngest contestant on the show, and she does come from a Disney background. The Mouse isn’t exactly known for teaching its stars stellar manners or good life lessons. Either way, Zendaya Coleman has been caught red-handed  encouraging her fans to commit voter fraud.

As you all know, Dancing With the Stars viewers each have a unique email that they can vote from once – this was implemented to prevent multiple voting from one person and make sure that the end result was as legitimate and reflective of fan’s wishes as possible. However, Zendaya and her fans have been taking advantage of that system and creating multiple accounts with which to vote. Zendaya has been the one encouraging her fans to create multiple accounts to vote with, which means that she’s basically telling them to cheat.

Here Zendaya is seen pushing directly for her fans to cheat: 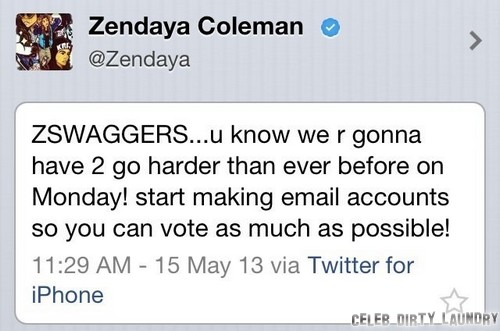 More evidence of Zendaya’s foul play is attached below, but ‘Team Valdaya’ [a fan account for Zendaya and Val] tweeted to another fan, “You need to make more emails I have over 200 emails to vote with!!!” Wow, if that’s not dedication, I don’t know what is. 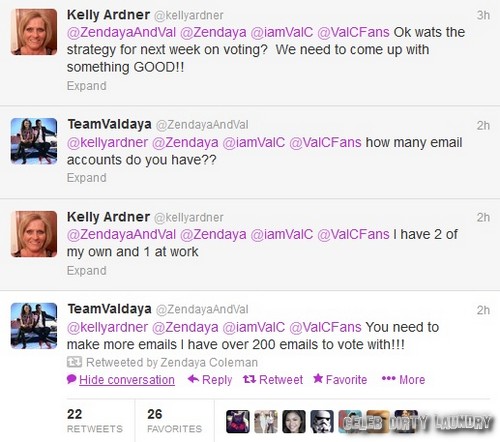 Zendaya also tweeted, “I’m really gonna need ur help tonight twitterverse!! I can’t go home :)))” This carries a double meaning now that we know about the ballot stuffing cheating tactics. Zendaya needs to tell fans NOT TO CHEAT on her behalf.

Do you guys think Zendaya should be punished for encouraging her fans to cheat? It’s extremely unfair to the rest of the competitors who do not cheat. Utilizing her fan base this way is just doubly dishonest, and something that shouldn’t be tolerated. Let us know if you agree in the comments.