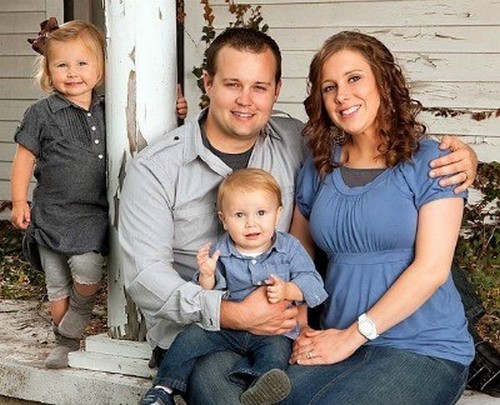 Tonight on TLC 19 Kids and Counting returns with another new episode. On tonight’s episode “Duggars Reunited” Josh’s family arrives in Washington D.C. to visit and throw Mackyenzie, Joryn and Josie a birthday part.

On the last episode Josiah was graduating, but there was a big mess to clean up before his celebration could begin with hundreds of people planned to come. Meanwhile, Anna and Josh prepared to host a holiday meal, but an unexpected phone call gave a surprise.  Did you watch last week’s episode?  If you missed it we have a full and detailed recap, right here for you.

On tonight’s episode Josh’s family arrives in Washington, D.C. to visit and also to celebrate Mackynzie, Jordyn and Josie’s birthdays, which involves candy making. While there, the older girls make an attempt to drive around the city and the entire family goes to an ice rink.

Tonight’s episode of 19 Kids and Counting picks u where we left off last week, Jim Bob and Michelle arrive at John and Anna’s house in DC day early, and Josh and Anna are fanatically trying to get dinner together. Anna opens the front door and all of the Duggar kids file in. Michelle and Jim Bob are excited to see their grand kids.

They all sit down for their holiday dinner, and despite the smoke alarms going off while she was cooking the turkey – all of the food seemed to turn out great. All of the Duggar kids commented about how delicious it was.

The older Duggar daughters will be recording the audio version of their book while they are in Washington DC. Jinger, Jessa, and Jill head to a studio in the city and began recording their book.

Josiah fills Josh in on the Duggar kids’ plan to shoot a video for their parents, and play it at a dinner theater that they are planning to put on for Jim Bob and Michelle. Josh agrees to help with the video, which is a reenactment of the “Good Samaritan,” and they head out into the snow to begin filming.

Today is Jordyn’s birthday, and Mackynzie and Josie are also four years old. They decide to have a birthday party for all three of the girls. For the occasion Michelle and Anna take all three four year olds to a bakery so that they can learn how to make chocolate truffles. Michelle becomes nostalgic because Josie is her youngest child and now turning four years old, she misses having a little baby at home and would love to be pregnant again.

Josh decides to call a Duggar family meeting, and reveals to everyone that they are going to go ice skating all together as a family. They head to a rink and get all the kids decked out in skates. All of the younger kids spent most of the family outing crawling on their hands and knees on the ice and trying to catch their balance. Overall the Duggars had a wonderful time in Washington DC visiting Josh and Anna and their family, and they are all sad that their trip is coming to an end.