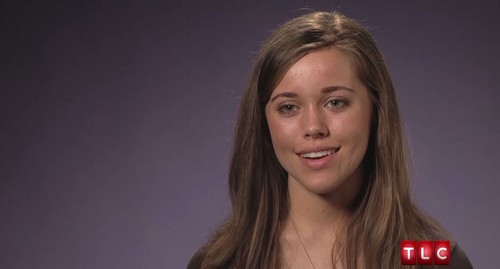 2014 has been a year of courting, weddings, and terrible press for TLC’s 19 Kids and Counting, the royal reality TV family, the Duggars. The Duggar daughters just keep stirring up drama and rumors, and it’s getting harder and harder for Jim Duggar to keep selling stories and trying to put a positive spin on the weekly barrage of tabloid stories and internet drama surrounding his and Michelle’s 19 kids. According to the latest report in Star Magazine, Jessa and Jill are feuding, and Jessa is straying from the Duggar’s strict family guidelines.

According to the December 22nd edition of Star Magazine, “Jill Duggar Dillard stunned 19 Kids And Counting fans in November when she suddenly “unfollowed” her sister Jessa Duggar Seewald on Twitter, but a family insider says that is just the tip of the iceberg in their troubled relationship. The insider says that Jessa is also determined not to be a clone of the sister she once idolized. When she married Ben Seewald last month she deliberately chose a chapel far away from Cross Church in Springdale, Arkansas where the family usually worships. Jessa also let it be known to millions of viewers that she wasn’t impressed with Jill and Derrick’s cushy living situation compliments of their real estate-savvy father.” Star’s inside source added, “There’s major tension. They’ll have to sit at opposite ends of that long table during Christmas dinner.”

Considering all of the emphasis Jim Duggar has put on his daughters’ courting and weddings on the family’s reality TV show – it really was only a matter of time before rivalries erupted between Jill and Jessa. With 19 children growing up on reality TV, the odds are not in Jim and Michelle’s favor – eventually one of them is going to go against the grain. Do you watch 19 Kids And Counting? What do you think of Jill and Jessa feuding? What do you think Jessa has done to cause her sister to cut her off on Twitter? Do you believe the rumors that Jill is shunning her because she isn’t living her life “the Duggar way?” Let us know what you think in the comments below!