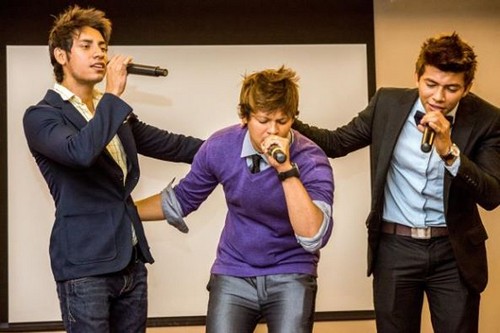 Tonight on TLC 90 Day Fiancé continues with an all new Sunday November 2, season 2 episode 3 called, “Watch You Like a Hawk.” On tonight’s episode Danny misses Amy’s first day in America. Justin shocks relatives with news of his engagement.

On the last episode, Evelin pushed Justin to introduce her to his family. At Yamir’s album release party his manager threw his private life into the public eye. Mohamed met Danielle’s skeptical son. Daya questioned her engagement ring. And we met a new couple Danny and Amy. Did you watch the last episode? If you missed it, we have a full and detailed recap right here for you.

On tonight’s episode, Danny misses Amy’s first day in America. Justin shocks relatives with news of his engagement. Mohamed meets the rest of Danielle’s family. Daya meets Brett’s daughter for the first time. And we meet a new couple Jason and Cassia.

Danny isn’t exactly coming off as Prince Charming on tonight’s episode of 90 Day Fiancé. His girlfriend, Amy had just arrived from South Africa when he told her that he wasn’t even going to be taking a day off of work to show her around. Instead, once he dumped her at his brother’s place (they don’t wish to live together until their married), he’s going to see her whenever he has time off. Like weekends or after work. However not only was it rude to leave her surrounded by strangers so soon after landing in a foreign country, but Danny’s family is also coming to meet her en masse by the way on her first official day in the states.

That means the next time she gets to see a familiar face, the man she plans on marrying, is going to be when he comes over to introduce her to everyone he knows. How thoughtful!

Then on tonight’s episode we got to meet the newest couple. Jason and Cassia are worlds apart. He’s from Florida and she’s from Brazil. He’s closer to forty and she’s closer to twenty. But in spite of their difference they entered into a relationship that manage to become serious against all odds. Though, lately their relationship hasn’t been doing so well.

Apparently Cassia has some issues with her temper and sometimes she lets it get out of hand. So rather than view their fiancée visa as a one track road – Jason is viewing this chance to see if Cassia really is the right woman for him. Hence he’s not that dead set on her marrying after their 90 days is up.

As for Brett and Daya, they picked up his daughter from her mom and she’s going to be spending some time with them from now on. Her stay is supposed to help her adjust to having a stepmother but the little girl seems to be very shy. She didn’t want to hug her dad and she didn’t want to talk to anyone while her parents were trying to introduce Daya.

So Daya’s first impression of what her relationship with her future stepdaughter wasn’t good. The little girl has shut herself off and even Brett is worried about what the next few days is going to be like.

While Brett valiantly tries to keep the atmosphere upbeat, first impression is really what makes or breaks the whole introduction process. Just ask Danielle. She had taken Mohamed to a family outing at a restaurant. And in the course of one conversation, some of her family members already begun to suspect her fiancée of using her.

So Justin and Evelin ended up leaving the family gathering early. He said he didn’t want to subject Evelin to any more of that! He knew they were going to be judgmental and so now he doesn’t want his family at his wedding!

Meanwhile one of the engagements looks like it’s going to be cancelled before the 90 days ever got a chance to kick in. Jason and the temperamental Cassia have a hit a snag in their relationship. And because they were fighting so much, Cassia has warned Jason that she might not meet him at the airport.

Though Jason still says he’s going to show up at the airport and wait for her if he has to. So he has faith they will work out whatever is wrong and hopefully that faith will be rewarded.

But hopes tend to die after a while. Daya thought she would have this wonderful life with Brett. And his daughter proving to be a problem. There wasn’t enough beds for Cassidy to have her own so she shared with Daya and her dad which made Daya uncomfortable. Then, when her dad had left for work – Cassidy showed she had a temper.

Daya had showed Cassidy her wedding dress and once the little girl started showing how excited she was – Daya asked her if she was going to happy being her flower girl. And the answer was “no”. Cassidy doesn’t want anything to do with the wedding and she isn’t afraid to burst into a tantrum at a drop of a hat.

As for Danny and Amy, she met most of his family and for the most part it went fine. It was slightly awkward but the real test of her and Danny’s relationship is going to be when she meets Danny’s parents which was what she was really afraid of all along. It looks like Danny’s father doesn’t believe in interracial relationships so he’s not going to take having a black daughter-in-law well.

Danny thinks he can eventually get his father to see sense but that is really up in the air!