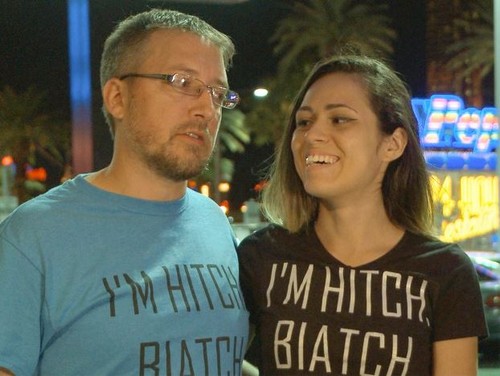 Tonight on TLC 90 Day Fiancé continues with an all new Sunday December 21, season 2 episode 10 called, “I’m Gonna Go Home,” and we have your weekly recap below for you. On tonight’s episode Mohamed goes AWOL on Danielle; Jason and Cassia go to Las Vegas to work on their relationship problems; Chelsea gets nervous before her wedding; Evelin bonds with Justin’s family; Brett faces a difficult choice.

On the last episode, Mohamed hoped he was making the right choice with Danielle. Danny’s brothers passed him the sex torch. Cassia confronted Jason’s skeptical brother when meeting his family for the first time. Brett’s mom confronted Brett about Daya the day before the wedding. Did you watch the last episode? If you missed it, we have a full and detailed recap right here for you.

On tonight’s episode as per the TLC synopsis, “Chelsea panics before her wedding; Jason and Cassia try to fix their relationship problems.”

On tonight’s episode of 90 Day Fiancee, it’s time to face the music. Danielle has been lying to herself this entire time that her relationship with Mohammed was something real on both their ends. When the reality is her fiancée was never as committed to her as she was to him.

Mohammed was inches away from doing a runner after he heard that Danielle had lost her job. So it seems like he only wanted her around to take care of him.

In review of what happened, Mohammed wanted to call things off when she lost her job and then he had some misgivings when he found out that he would be responsible for any debt Danielle might build up while they were married. So he basically made demands on her. And it was only after she had agreed to meet them that he was “prepared” to actually go through with marrying her.

Mohammed left a week after the wedding. Apparently, the last straw was when the electrics company turned off their lights. Because he quickly disappeared after that and Danielle hasn’t heard from him since!

So what Danielle and Mohammed had didn’t turn out to be love. But, thankfully, not everyone on this show is living in their own world. Justin and Evelin appeared to have built something real. And she even got him to change his mind about allowing his family to come to their wedding.

Hence Evelin seems to be good for Justin. She pushes him pass his usual reticence and his relationship with his family has definitely improved since they’ve been engaged.

Though not everyone can be a shining example like Justin and Evelin. Prior to his bachelor party, Jason had made an agreement with Cassia. He told her that he wasn’t going to get too wild at the gathering with his friends. And then at the first opportunity he forget all about his promises.

Jason turned out to be a rude drunk and he ignored Cassia when she tried to tell him to slow down on his drinking. So while Cassia was doubting her decision to marry Jason (because he broke his word to her) – Jason on his end was also doubting his decision to marry her.

The party stopped for Jason when he realized he didn’t want to deal with Cassia’s temper for what he considered to be harmless fun. And though his friends kept trying to remind him what Cassia has given up for him – Jason didn’t seem to know what to do.

He ended up leaving his party early and he even went back to his room with Cassia. Which for all intents and purposes should have been a good sign! However, by the next morning, Jason still looked like he didn’t know why he was going through with this marriage. You know other than the fact he had already made all the arrangements.

Speaking of pushing ahead, Brett and Daya got married. Although Brett’s mother never did come around to the idea of it. Actually, his mother was firmly against the marriage so she chose at the last minute to sit the wedding out. And rather than let that bother them – the couple got married anyway.

But here’s something no one saw coming – Mohammed came back. He came back and get this he didn’t want to explain where he went while he was gone. According to him, he’s a free man and can go wherever he wants. And as of yet, he hasn’t decided if he’s going to stay with Danielle or not.

And in other more happier news, Chelsea and Yamir got married. The two of them had an intimate backyard kind of ceremony and they look to be very happy.

They got married, Evelin and Justin went on to get married, and even Brett and Daya got married. So there was but one couple left. And that was Jason and Cassia. Otherwise known as the couple that probably fought the most!

Jason and Cassia have had their ups and down throughout all of the 90 days yet when the time came – even these two got married.

So the all-important question now is who got married for love and who did for a green card?