Amanda Bynes Denies Ever Being Diagnosed With Schizophrenia – But She Let Everyone Think She Had Been! 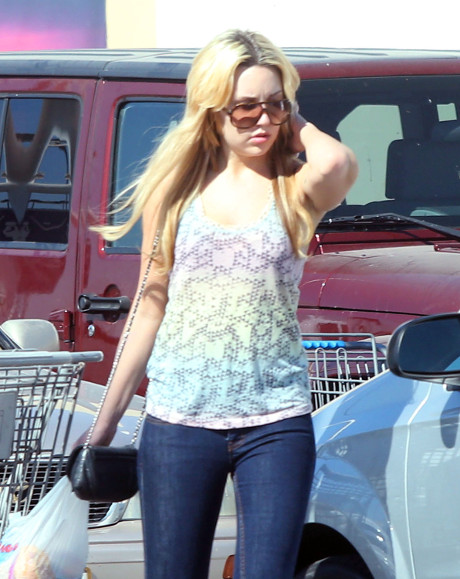 It’s been just over a year since former Nickelodeon star Amanda Bynes began making headlines for her erratic and strange behavior. After being forcibly hospitalized and treated at UCLA Medical Center, it was reported last October that the actress was diagnosed with schizophrenia and bipolar disorder. However, now on the road to recovery, Amanda has asked her attorney to give an official statement and end the speculation.

“There has been much speculation about Amanda’s medical condition. She has remained silent because she believed it was best to keep her mental health diagnosis private. However, she asked me to dispel certain rumors. For the record, Amanda does not have schizophrenia, nor has she ever been diagnosed with it,” attorney Tamar Arminak tells People Magazine.

Amanda was released from a Malibu inpatient rehabilitation program in December and is currently attending the Fashion Institute of Design & Merchandising in Orange county. She even Tweeted pics of her Mexico vacation with her parents on April 5th. She looked happy and healthy in the photos.

“Amanda currently is on zero medication. She’s devoted to living her life as healthy as possible. She’s never had a history of abusing alcohol or hard drugs, and she’s proud to say she’s been marijuana-free for the past nine months,” Arminak reveals.

However, her parents will remain her legal guardians until at least September and she will continue to live them. A source to the family also revealed Amanda receives outpatient therapy several times a week and is working through the cause of her previous erratic behavior. “We’re so proud of how far Amanda has come,” Amanda’s mother added in the statement.

If schizophrenia wasn’t the medical cause of Amanda’s issues, she must have been fully aware of her actions such as setting her neighbor’s driveway on fire and acting bizarrely in public NYC areas. However, it’s great to see her doing well and in a better place. Hopefully she can continue on this positive path and restart her career.

Are you surprised Amanda wasn’t actually diagnosed with schizophrenia? Tell us what you think and leave a comment.