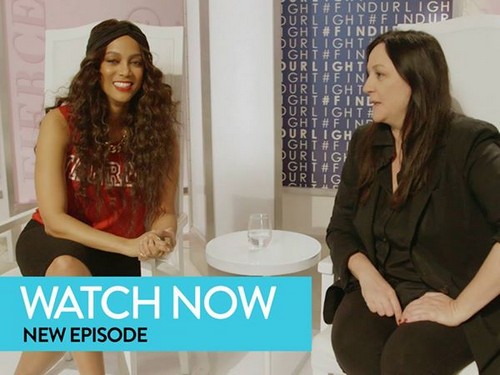 Tonight on CW Tyra Bank’s America’s Next Top Model continues with an all new Friday November 7, cycle 21 episode 12 called, “The Guy Who Parties Too Hard.” On tonight’s episode the seven remaining models travel to Seoul, where they take part in a dance photo shoot judged by Korean pop group BtoB. Later, one Adam’s bad habit limits the potential for success during a photo shoot with a luxury brand.  It looks like Adam does not know when it is enough partying.

On the last episode catch up on the first ten episodes of Cycle 21 which pits guys versus girls in order for one up-and-comer to take home the title of America’s Next Top Model. What started off as 31 potential contestants is narrowed down to seven remaining models. Host Tyra Banks, welcomes Miss J back to the judging panel, along with fashion PR maven Kelly Cutrone and photo shoot consultant Yu Tsai to monitor all the on-camera drama. Did you watch the last episode? If you missed it, we have a full and detailed recap right here for you.

On tonight’s episode as per the CW synopsis, “the seven remaining models pack their bags for Seoul, Korea and find themselves challenged to a group dance photo shoot judged by Korean pop sensation BtoB. However, one model finds that a bad habit limits the potential for success during a photo shoot with a luxury brand; a problem that does not go unnoticed by Tyra Banks and the judges.”

The models are heading to Seoul, South Korea but as they were packing up to leave – Keith started to have some doubts about who’s going on the trip. From the very beginning, Adam has always had his frat boy mentality out in full view of everyone yet he doesn’t appear to be showing any signs of maturing. And he’s drinking is getting a bit out of hand. First, it was funny and now it’s just starting to look worrisome. Like maybe Adam has a problem.

All talks of Adam’s behavior was benched during the flight overseas though, when dealing with Adam, it doesn’t really take that long before he’ll start acting up in a foreign country. And, truly, he screwed up pretty fast. It kind of happened much quicker than anyone had thought.

Adam, it seems, was drinking on the flight and by time they landed – he was drunk. Which was big no no because Tyra had arranged a challenge for them to do the second they landed. They had to do a group dance photo shoot and it was going to be judged by Korean pop sensation BtoB.

So the challenge was important. It could have impressed some celebrities and given each model the change to up their profile. Yet Adam was wobbling. Literally, wobbling. He wasn’t steady on his feet during the practice and as a result he received the lowest score of the night.

And do you know how he comforted himself after such a setback? If you guessed drinking then you’ll be right.

Adam had gotten so drunk that everyone in the house took notice (not just his friend Keith) and by the next morning he was rocking a terrible hangover. Though he still had to work through it. He had a photo-shoot with a potential client and his photos came off as lackluster. It actually embarrassed both Yu Tsai and Tyra in front of a client.

Adam’s one saving grace is that he wasn’t the only one messing up at the photo-shoot. Keith hadn’t done so well either. And Raelia’s best attempts were basically dismissed by the client when he found her overall to be too sexy. Though she wasn’t the first to get criticism. Apparently, no one fared well in front of the MCM client. Chantelle had gotten an attitude when she was called Panda onset and Lenox was having one of her off weeks. So mostly everyone ended up having a bad day and that meant anyone could go home.

Particularly, when there isn’t a clear answer to worst photo at the moment.
When paneling came around, Ms. J had gotten upset at Lenox’s photo. He felt she hadn’t improved and so he low scored her. And Kelly felt she had to make up for Ms. J’s score by giving Lenox a ten.

Then there was Raelia’s photo. It was so weak that both Kelly and Ms. J agreed they didn’t like it.

Adam’s photo on the other hand turned out to be greater than what he deserved. Tyra was able to tell he was drunk onset but she barely touched on the subject during panel. Instead she glossed over it and turned it into a joke. Almost like he’s behavior doesn’t matter as long as he got a good photo.

The judges actually spent more time going over Chantelle’s behavior than they did Adam’s. Chantelle’s photo didn’t come out too well and she was criticized for trying to be too controlling. She didn’t relax on set and that interfered with her photos. Plus, Ms. J was telling what she was doing wrong and Chantelle corrected him.
He said she’s been re-doing her hair and make-up. And Chantelle completely denied doing that despite the judges having video evidence on their side.

So while it looked like Tyra wasn’t going to address Adam’s drinking, at all; that changed when she him handed his photo from this week and told him he was going to be staying. It was as she was handing him the photo that she smelled alcohol on his breath. Hence, Adam was finally was warned about his drinking. Tyra told him that she was going to be paying extra attention to him and his drinking from now on.

Both Chantelle and Adam were allowed to stay though neither won best photo (that went to Keith) but next week’s promo showed that Chantelle might have used up her last chance when she went out of her way to tell Yu Tsai not to call her a Panda.
Raelia ended up going home this week and was eliminated – and frankly when it came down to her or Chantelle – the social media scores didn’t come up with the right choice this time.