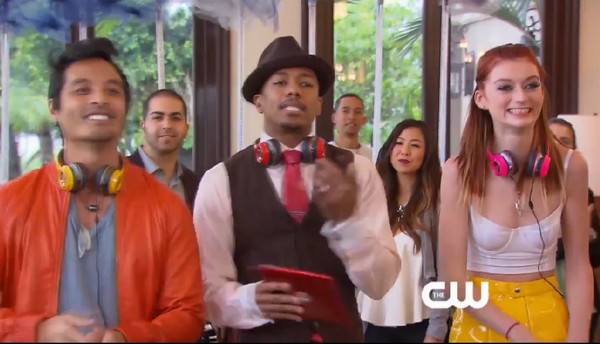 Tonight on CW Tyra Bank’s America’s Next Top Model returns with an all new Monday September 22, Cycle 21 episode 6 called, “The Girl Who Got Five Frames.” On tonight’s episode the models must produce the perfect hair whip during a wind-blown photo shoot.

On last week’s episode Tyra taught the models the three steps involved in making love to the camera to prep them for a sexy black widow-themed photo shoot. An unexpected chemistry occurred between two models just before a hair-raising challenge on stilts. Later, a night of partying in the house quickly turned dramatic when one of the models broke a major house rule. Did you watch last week’s episode? If you missed it we have a full and detailed recap, right here for you.

On tonight’s episode the models are tasked with mastering the ultimate hair whip for a wind-blown photo shoot. One girl is given a penalty and is allowed only five frames to capture the perfect image. Later, Nick Cannon gives the models a chance to be the face of his new ad campaign.