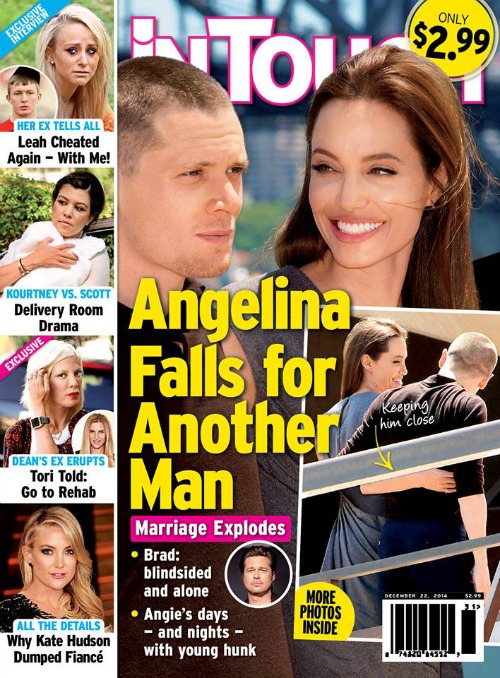 Angelina Jolie and “Unbroken” star Jack O’Connell are cheating and hooking up, according to the latest issue of “In Touch Weekly”. Is Angie trying to break Brad Pitt’s heart after they have just gotten married?!? WTF, Angelina?!? “In Touch” reports that Angelina is trying to make her husband jealous and I would say that it’s working. Just look at this guy. He’s hot, strapping, English (hello sexy accent!) and sexy, what is not to love here?!? He plays Louis Zamperini in Angelina’s new movie, but there could more to this than what is being let on. At least it should be a crime if there isn’t something going on here. He’s hot and she’s beautiful – they could be the next IT couple if he plays his cards right. He has already praised Angelina for treating him like an equal during the movie’s filming, but did more happen behind closed doors?

Angelina finally broke down and tied the knot with Brad, but could she be skeeving around behind his back with this hot young thing? The magazine says that Angelina has “fallen for another man”. A source told the magazine, “Their attraction is palpable. She’s physically and emotionally drawn to Jack. Directing and bonding with him has felt dangerous, like he’s reawakened her wild, out-of-control side.”

Of Brad’s feelings on the subject, a source said, “He’s super jealous. Angie and Jack were being so playful that everyone in the room felt uncomfortable. Brad confronted Angie afterward, but Angie told him he was overreacting and pretty much blew it off. That really stung for Brad.”

The spy added, “Brad is freaked out for the first time in their relationship. He’s facing his fear that Angie could dump him.” What do you think? Is Brad Pitt and Angelina Jolie’s marriage really in crisis? We did see the fighting pictures… you tell us.