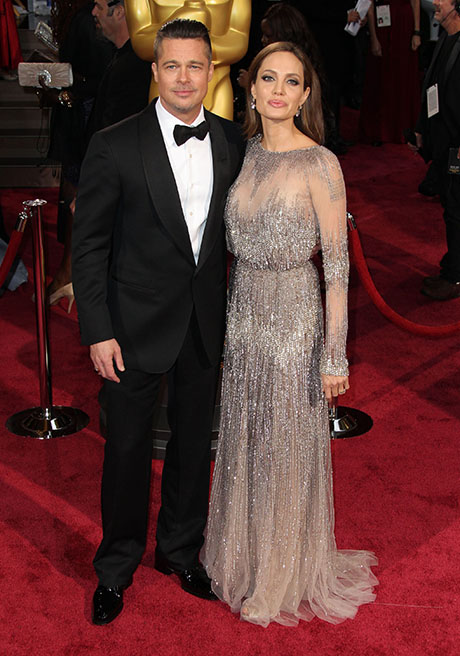 Angelina Jolie‘s upcoming film, Maleficent, has gotten all kinds of buzz. However, the 38-year-old actress made a point to say at one of the screenings that her acting career will ultimately be taking the backseat, as she has so many other things on her future agendas that she’d like to play around with. Some of those things she’s looking forward to doing include writing for the screen, directing, and also focusing more on her work with the UN (with which she’s already heavily involved).

When giving an interview on the red carpet, she told The Telegraph, “the side of fairytales I don’t like is that they tend to have these happy endings, or there’s just good and evil and things are perfect. I like to think that when there’s a good story for children it has a good sense of moral tale, and I think that’s what I try to teach my kids, and it’s what we tried to do with this film.”

Then, after saying more of what she’d like to focus on in the future, she adds, “[acting’s] going to be taking more of a back seat. I’ve had a wonderful career and I’m going to be taking all of the opportunities I’ve had to tell stories and work for as long as I have. I’m sure there’ll be a few more films, but I’m happy I’m able to be selective and have fun with characters like this. I would like to focus more on writing and directing, and above all I would like to focus more on my work with the UN.”

What do you think of Angie’s decision to basically quit acting? I mean, I guess she’s not really retiring per se, but she’s not exactly going to be accepting every blockbusting, award-winning project that gets flung across her desk either. Sound off in the comments section below!