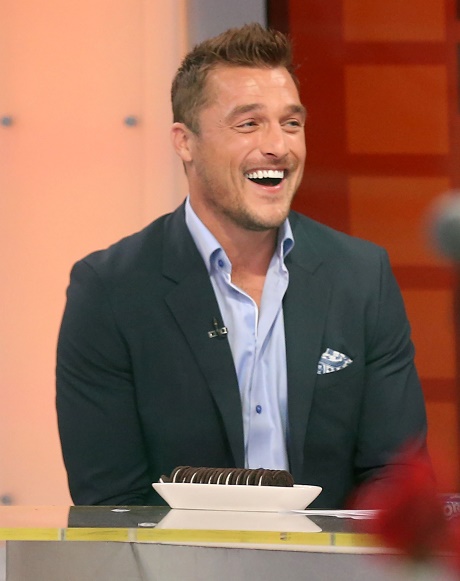 Season 19 The Bachelor spoilers reveal that Chris Soules will make his debut in January 2015, and after the Juan Pablo debacle, the bar is set pretty low for the Iowa farmer. All Soules has to do is show up for filming, and he’ll have already outshined his predecessor. According to Season 19 spoilers, filming of the 2015 season kicked off on September 25th. Of course, the infamous blogger and Bachelor spy Reality Steve has already begun leaking the names of the women vying for Chris Soules heart.

According to Reality Steve’s spoilers on Season 19 of The Bachelor, the following six women have been confirmed to be currently filming with Chris Soules.

Tandra Steiner – A 30-year-old executive assistant at Overstock, and a motorcycle enthusiast hailing from Salt Lake City, Utah. Tandra is apparently also a part time model, so you can find google her name and find her headshots all over the internet.

Whitney Bischoff – 29-year-old Chicago native Whitney Bischoff is the token nurse of Season 19 (has there ever been a season without a nurse). Nikki Ferrell was the nurse of Juan Pablo’s season and she made it all the way to the end.

Evie Steenhoek – 30-year-old resident of Tulsa, Oklahoma. According to Reality Steve’s spoilers, Evie is currently a manager at Riverside Jet Center, and modeled for the Facebook Bombshells calendar (whatever that is).

Tracy Darakis – A 29-year-old 4th grade teacher hailing from Wellington, Florida. We can only hope she has as many entertaining skeletons in her closet as the last elementary teacher on The Bachelor, Elise Mosca.

Jillian Anderson – 25-year-old Washington native, she works at FOX News and moonlights as a Redskins cheerleader. So far Jillian is the youngest addition to Chris’s cast this season (but there are still over 14 unknown women, so that could change quickly).

Kara Wilson – This 25-year-old cast member from Kentucky is by far the most interesting yet for Season 19. When she isn’t teaching English at her local high-school, she is trying out for American Idol and singing on a stage in the middle of the mall in front of JC Penny’s. That’s not even the best part, according to Reality Steve’s spoilers, Kara has taken a vow not to kiss any man unless she is married from him. (She definitely missed her calling Sean Lowe’s season).

So, are you excited for Chris Soules’ season of The Bachelor? Did you check out the new girls’ bios on Reality Steve’s site, do you think any of them have what it takes to win Season 19 of The Bachelor? Let us know what you think in the comments below, and don’t forget to check CDL for all of your Bachelor spoilers.