BY Amanda Austin on May 14, 2014 | Comments: one comment
Related : Spoiler, Television, The Bachelorette 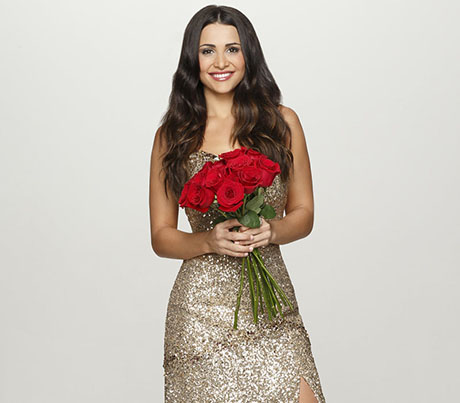 According to The Bachelorette spoilers for Season 10, fans are in for an action-packed season premiere on May 19th. Last season during The Bachelor, fans were a little disappointed that the women’s limo entrances weren’t really up to par. Except for a handful of creative bachelorettes, most of them just climbed out of the limo and introduced themselves to Juan Pablo. During Season 10 of The Bachelorette, Andi’s bachelors will be true to Bachelor tradition and make their grand limo arrivals quirky.

So, the Bachelors will not only have to impress Andi but her father as well during the cocktail party. According to Reality Steve, some of the limo arrivals include a bachelor named Cody showing off his inner he-man by pushing his limo up to the Bachelor Mansion. Eric Hill, the contestant that passed away after a paragliding incident, gifts Andi two dolls that a girl he met in the Andes Mountain made for her. One bachelor named Bradley sings a song for Andi when he arrives, and a few bachelors bring Andi cookies and other sweet treats.

Remember Chris Bukowski? Chris appeared in Season 8 of The Bachelorette and was sent packing by Emily Maynard after his hometown date. After Emily dissed Bukowski, he appeared on The Bachelor spin-off series Bachelor Pad, and hooked up with three different Bachelor alums, earning himself quite the reputation among Bachelor Nation. Well, according to Reality Steve, Bukowski shows up at Bachelor Mansion the night of the limo arrivals and announces he wants to join Andi’s season of The Bachelorette. Andi has producers turn him away at the gate, and refused to allow him into the mansion. Apparently, she watched Bachelor Pad.

So, Bachelor fans, how pumped are you for the Season 10 premiere of The Bachelorette? Do you have any favorites yet? And what about Andi dissing Chris Bukowski? Do you think she should have given him a chance? Let us know what you think in the comments below, and don’t forget to check CDL regularly for more Bachelorette spoilers.