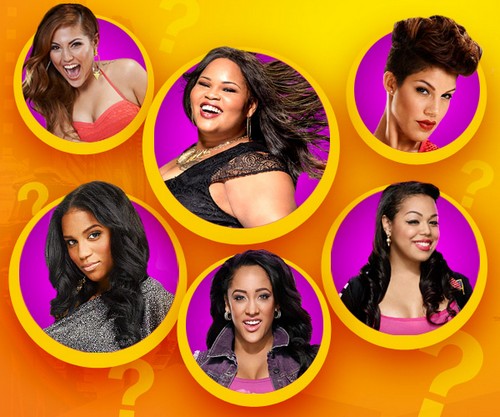 Bad Girls Club (BGC) returns this evening for another episode called “Reddemtpion”.  On tonight’s episode Britt makes peace with Aysia, but then aims for Jada as her new target. Elsewhere, Redd tries to change when the Fab Four alienate her.

On last week’s episode the ladies decided to have themselves a getaway from all the drama in the house, which lead them to Lake Geneva. These ladies can never run away from drama, because it followed them and began a battle royal between them all. Did you watch the last episode? If not, we recapped it all right here for you.

On tonight’s episode Britt and Aysia have a truce and decide it would be best to make peace between the two, but this only sets up for Britt to make Jada her new target. While this is going on Redd tries to change herself when the Fab Four begin to alienate her.

Tonight’s episode begins with the girls working out in the living room area. Aysia, Lo, Blu, and Britt work out together as Redd watches while eating. Aysia is happy to be more involved in what the girls are doing. Jada is trying to get back to writing her music and Britt is becoming more annoyed with her. Jada talks to her friend Brit who she plans to meet up with later at the club. The girls get ready and head out. As Jada shakes it in barely nothing in the club, Britt becomes even more annoyed. Then Jada’s friend Brit shows up which makes the girls again question Jada’s sexuality.

The girls head home and are all making fun of Jada and egg her on to rap. She is so drunk that she finally tries to freestyle but it is horrible. Brit spends the night with Jada, but Jada sends mixed signals because she admits she is not interested in pursuing a relationship with Brit, though she does have a level of attraction towards her.

The next day, the life coach is coming to visit with the girls. Laura wants to visit the girls to make sure they are making progress. Redd is first and tells Laura about her fight with Jada. Laura knows Redd is controlling and she is not into the session. She next meets with Alex. She shares how the girls don’t like her laid back attitude and that she doesn’t fight back when the other girls say things about her. She shares that this is how she was raised and feels most comfortable.

Laura believes Alex monitors who she is based on her family. Blu and Laura meet next. Laura gives Blu some compliments and believes she is a leader. Blu meets with Redd shortly after and expresses her feelings and shares she thinks Redd is a bully. Redd tries to blame others for her actions making it more of a response, but Blu schools her and tells her it is her attitude that is causing the problems. Laura is trying to channel Jada’s energy for something more positive.

Laura tries to get Jada to speak up for what she deserves and performs a little exercise with her. When she meets with Lo she determines the key to her progress is simply making her aware of her feelings. Once they do an exercise in determining all the things that upset her, Lo realizes how much she gets angry about. Lo takes something from the meeting and feels it was helpful. She is going to work on herself. Laura meets with Aysia and has her walk around. This exercise is meant to teach her that the way she has been carrying herself has made her a target. She learns how to walk with more confidence. Britt goes to talk with Laura but goes in with the attitude that she does not need a life coach. Britt explains that she feels she already has it together and doesn’t need the session when Laura questions why she doesn’t want to be there. Laura digs a little deeper and gives her some tips on things she can work on, but she knows Britt doesn’t care.

Later, the girls overhear Jada singing in the shower and they start making fun of her. Redd admits she may have some work to do. Britt tells Redd that she has noticed Jada talks differently depending in who she is talking to. Blu tries to provide more guidance on getting along with others to Redd.

The girls prepare for their photo shoot and they are all excited. They head out to the studio and when they arrive they listen to the plan. They get started with hair and make-up and take turns posing for the camera. The girls then pose together and dance along to the music. Jada tells Blu that she is having a hard time being herself around everyone because it is really hard when you don’t feel liked.

Later at home, Britt finally explodes on Jada after she gets in front of the computer when she knew Alex wanted to use it. Alex is fine, but Britt finally lets all her anger towards Jada come out. Jada feels like Britt is all talk and just goes along with what everyone else says and does. The other girls sit back and watch the two get in each other’s faces. Even Redd tries to calm Britt.

Britt finally walks away after Redd convinces her it is not worth the fight. She goes outside and talks to Alex. Britt tells Alex that she cannot tolerate Jada anymore, but Alex tries to calm her down. It works for now, but after seeing the previews for next week, it seems Jada will need to be very careful as she has become enemy #1 in the house.

Don’t miss our recap next week because it is going to be an explosive episode!