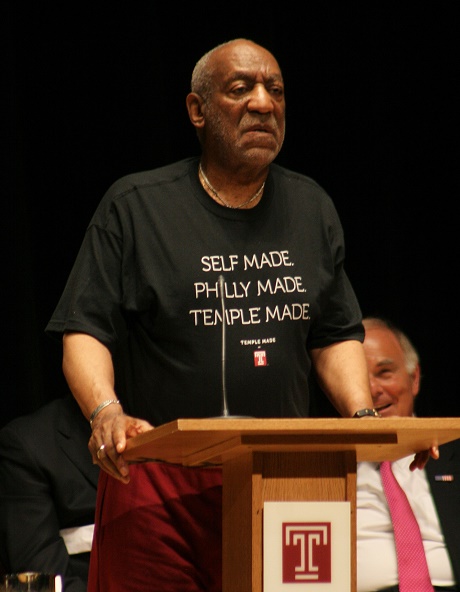 Actress Barbara Bowman has come forward to reveal that underneath that beloved public veneer, Bill Cosby was a serial rapist and a monster. Bill Cosby has always managed to maintain a pristine reputation with the public, covering up the scandals in his life and going out of his way to become a beloved public figure. Granted, that wasn’t too difficult for him, considering that The Bill Cosby show was a huge hit with audiences.

In an exclusive interview with The Mail Online, Barbara details how Bill Cosby took advantage of her and manipulated himself into her life, and then proceeded to rape her numerous times. She explains, “I was drugged and raped by that man. He is a monster. He came at me like a monster. My hope is that others who have experienced sexual abuse will not be intimidated into silence by the famous, rich and powerful. If I can help one victim, then I’ve done my job.”

Barbara initially began her career as a teen model, and her acquaintance with Cosby began with a private audition for him in 1985. However, that ended with her pinned down and being raped two years later, and the worst part is that Barbara is not Bill’s only victim! Barbara reveals that there are at least thirteen other victims out there, too scared and too traumatized to speak up.

The initial accusations against Bill all started with Angry Birds star and stand-up comedian Hannibal Buress, who told the whole world that Bill Cosby was a rapist and a liar. And now, with Barbara Bowman coming forward with her story, I think it’s only a matter of time before the other victims come forward as well. Barbara adds, “He told me over and over again, “Trust me like I was your father.” He zeroed in on that like a laser beam.”

The other victims were reportedly given hush money to stay quiet, but Barbara alleges that she never took a cent of Bill’s money. In fact, her whole ordeal is detailed in immaculate and heartbreaking detail at the Mail Online, but it’s clear that she’s going after Bill Cosby with both guns blazing. Hopefully, he won’t be able to hide behind his money and his fame for too long, but it’s about time powerful people get brought to justice like everybody else – no matter how popular their show was or how genial they seemed to their fans. I think it’s clear that Bill Cosby was a monster hiding behind the veil, and women like Barbara are there to lift that veil and expose the truth to the whole world.