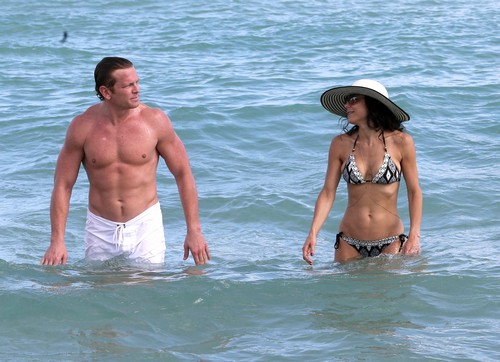 Happy Valentine’s Day? Well, today may be a day filled with love and happiness for some, but CDL can confirm that it won’t be a special day for Bethenny Frankel. Her self-titled talk show has not been renewed for a second season, reports US Magazine. Bethenny’s production company, Telepictures, confirmed the show’s death sentence.

A statement from the company’s rep read, “We are incredibly proud of the creativity, passion, and professionalism Bethenny and her staff brought to daytime each and every day and look forward to finishing out the season with more great original episodes. While we are disappointed not to be able to bring the series back for a second season, we remain convinced that she has a unique voice and that she will continue to be successful in the future.” That is a nice roundabout way of saying that her show sucked, ratings were deplorable, and not enough people were able to stand watching a second season.

Bethenny and Kris Jenner were famously competitive about their talk shows, which premiered around the same time. Both promised to have a winning show with amazing guests, and a fun, light-hearted spirit that would take them through many seasons. Wrong. That arrogance didn’t get either one of them very far. In fact, we found out about Kris’ talk show bomb not long before the announcement of Bethenny’s not being renewed for a second season.

Bethenny did not have the staying power. She couldn’t pull in the guests, and after her messy break-up with Jason Hoppy and recent hook-up with violent playboy Michael Cerussi, she lost her appeal with fans. Bethenny remained gracious when confirming the news and told US in a statement, “I had a blast doing this show with Telepictures. My entire staff worked so hard and made everyday so much fun. I am thankful for the experience and for all my fans who tuned in every day.” Yes, thanks to those five wonderful fans for helping the show last this long.