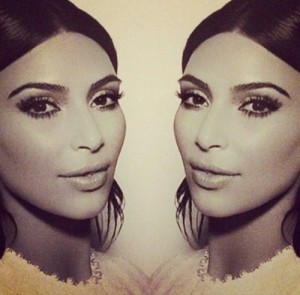 Now that the tabloids have gotten a whiff of trouble in paradise between Jay-Z and Beyonce, they will never, ever let up. New reports reveal Jay-Z’s expensive gift to Kanye West and Kim Kardashian for their wedding [and probably an apology for missing it], which just happened to be a bottle of Chianti that was dipped in gold and had a diamond cork.

Of course, these reports also forgot to mention how furious Beyonce was over Jay-Z’s extravagant gift. Sources claim that Beyonce was upset at Jay-Z for wasting so much as a penny on Kim, even when she had already told him to keep contact with the Kardashians to a minimum. Uh, is it just me, or is Bey being quite unreasonable there? I mean, Kanye and Jay-Z are very close, so it would be next to impossible to force Jay-Z to ignore his wife. Plus, she already prevented him from attending Kanye’s wedding, even though Jay-Z was probably secretly relieved about that. Why prevent him from sending them a gift as well? Maybe Jay-Z should have been like his wife and just written the couple a fancy message on social media instead.

Plus, Beyonce’s marriage to Jay-Z has been in so much upheaval lately that they’re reportedly fighting quite a lot. Sources add that she’s refused to let Jay-Z spend time with Kanye [and by extension, the Kardashians] recently, even banning any play dates between Blue Ivy and North West. And if Jay-Z doesn’t comply, he’s getting those divorce papers handed to him.

Unrealistic? Maybe so. But she has a right to be if Jay-Z really did cheat on her.