Big Brother 16 Frankie Grande is a Huge Threat to Win – When Will The House Notice? 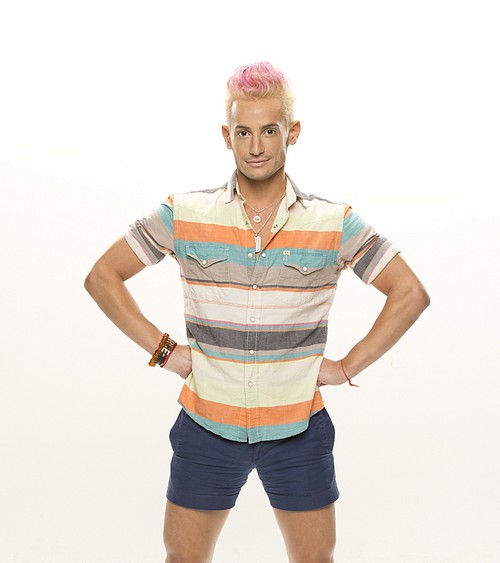 During the Big Brother 16 season, it was inevitable that someone was going to cruise along under the radar. Of all the guests on day one, Frankie Grande would have been the last person I would have expected to fly “under the radar”. With his flamboyant style and vibrant personality, he is not exactly someone you don’t notice. Still, he has managed to cruise through this season with very little trouble. How is this happening and why can’t the house see he is a giant threat?

First of all, Frankie is a very good liar. From day one he has had to hide that he is the brother of a world famous singer (Ariana Grande) and he has done so masterfully. It appeared that perhaps Victoria was on to him at one point but that quickly went away. As the game has gone on, Frankie has played every single corner of the house and somehow made it work. It is the type of game that is destined to blow up in his face, but it never seems to happen.

One reason why he is getting by so cleanly is because he is doing a masterful job of keeping the target on someone all the time. When the gun is aimed directly at someone else, it is fairly easy to keep it away from you. Frankie is fully aware of this and does a great job of taking someone’s frustrations with another player and making it a target.

Frankie is also a very good social player. Virtually every person in the house has some type of relationship with Frankie and he uses his flamboyance to keep people off balance. If Frankie is ever in a compromising situation, he immediately turns to a little dance, song or silly joke to disarm the situation. It is really quite brilliant because the house never seems to catch on to what is going on.

Finally, Frankie is willing to invest in everyone. One thing that seems to be common among Big Brother players that go far is the ability to develop some type of relationship with everyone. Frankie has managed to have his hand in most every situation, alliance and relationship in the house. That means he has his fingers directly on the heartbeat of what is going on. Bottom line…he is informed. This is invaluable when it comes to avoiding messes and staying on top of the problems.

The big problem with this, however, is that it eventually is unsustainable. At some point, all those relationships, promises and lies are going to collide in a huge, Big Brother type explosion. You can’t play that many people and it not eventually catch up to you. Either in the jury house or before, Frankie is headed for a huge explosion. Mark it down.