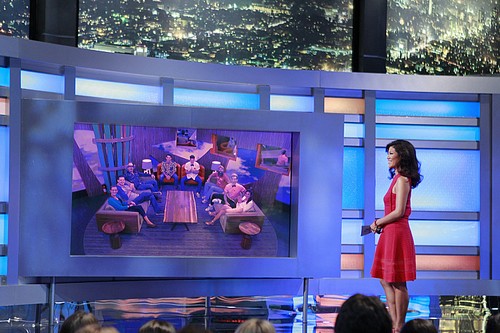 One of the biggest problems with Big Brother 16 of late is solid alliances. While that might be a good thing for impressive gameplay, it is rather boring for the vast majority of viewers. Big Brother 16 alliances are usually made up of a couple of ring leaders and then a few a followers. Until those followers realize they are on the bottom of the totem pole, they tend to slow the game to a crawl. If you want to follow our LIVE Power of Veto Competition recap click here.

Cody should pull the trigger – Cody is the perfect example of this so far this season. He has been given a ton of chances to shake up the game for the better this season and never pulls the trigger. The past Big Brother 16 spoilers gave the HOH results and POV winner and prove  exactly what I mean. Cody won both HOH and POV and actually had the chance to put up an alliance member and better his odds for actually winning the game. Donny and Nicole had nobody and his saving them, or even one of them by using his POV, would have put them squarely in his pocket. He could have covered it by pushing to get Christine out. (They have been talking about this all along) This would have bettered his position and changed the power structure a bit. Most importantly, it would have made him look like he has done something other than simply surviving.

Caleb needs to commit…to someone – Caleb has been one of the guys that kind of hung around by default. Big Brother 16 spoilers show he has been on the edge of extinction a million times it seems and nearly burned out his spot in the alliance. For a very long time he was totally out of the loop and even today, he is seriously confused about his place in the game. Despite all of this, Caleb is a beast when it comes to competitions and could be a solid ally for someone.

Caleb needs to reach out to a fringe player such as Nicole and get some numbers in his favor. I think this is going to come down to Derrick and Cody against Frankie and Caleb at some point. Having that swing vote is going to be crucial and he has the power and charisma to put her squarely in his pocket.

Somebody should save Donny – Donny is the one player that defines this Big Brother 16 season. He makes things interesting and you always expect something when he is around. The guy makes things happen. Why is nobody wanting to work with him?

Yes, he is a threat to win it all if he made it to the end. The truth is, Donny would be a virtual shoe in with the current jury. Despite this, someone could solidify their position in the game by finding a way to save him. By teaming up with him behind the scenes, Donny could change the game or some lucky player. Cody has been approached several times and mindlessly just dismisses what Donny says. This will very likely doom him to second or third place at best.

No matter what, Big Brother 16 needs some big time moves to be made. This is the time when the season truly gets exciting.