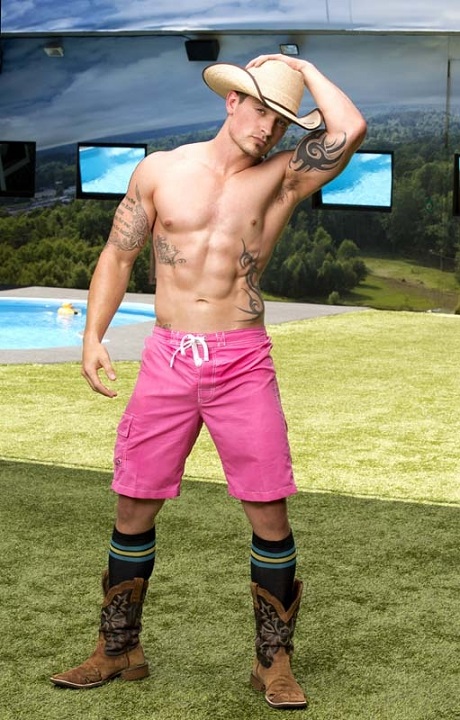 Big Brother kicked off Wednesday June 25 with an amazing episode, part of its wonderful two-night premiere. Last night, Julie Chen dropped a ton of new stuff in the houseguests’ laps, including the fact that there would be two — yes, TWO! — HOHs. If you know and understand how the Big Bro game is played, then you’re probably aware of the fact that this is going to spark some major drama in the house and drastically alter the dynamic of the game each week. On top of that, each HOH is NOT guaranteed safety, raising the stakes (and nerves) to an even higher level.

On Tuesday night, we saw Frankie Grande (brother to famous pop sensation Ariana Grande) take home the first HOH. After realizing that he wasn’t guaranteed safety, you could tell that he was a bit unsure of his newfound power. Some say it’s never a good move to win the first HOH — but somebody has to! And now there are two!

Tonight’s episode saw the crowning of the second HOH: Caleb Reynolds. Here’s how the HOH competition went down:

The new eight players headed out to the back yard and all eight players sat on a log; the object of the game was to hold onto the log for dear life as the thing spun around and around.  The last person remaining on the log would be crowned HOH.  Victoria was the first player to fall off the log.  The remaining seven players were later doused with barbecue sauce. YUMMY!  Brittany fell off next, followed by Jocasta, Christine, and Zach.  Derrick fell next. The last two players remaining were Hayden and Caleb.  Hayden finally dropped and Caleb was crowned HOH.

What do you think about Caleb Reynolds becoming the next HOH, and how do you think this will alter the flow of the game? Caleb was already the subject of some pre-show controversy, which you can read by CLICKING HERE.

Leave your thoughts in the comments section below and don’t be afraid to dish out your predictions for all to read! BB16 is truly going to be one of the craziest seasons yet! Get ready for countless “Twist Bombs!” (a wonderful word coined by our favorite host, Julie Chen). Keep checking CDL for all of your Big Brother spoilers!