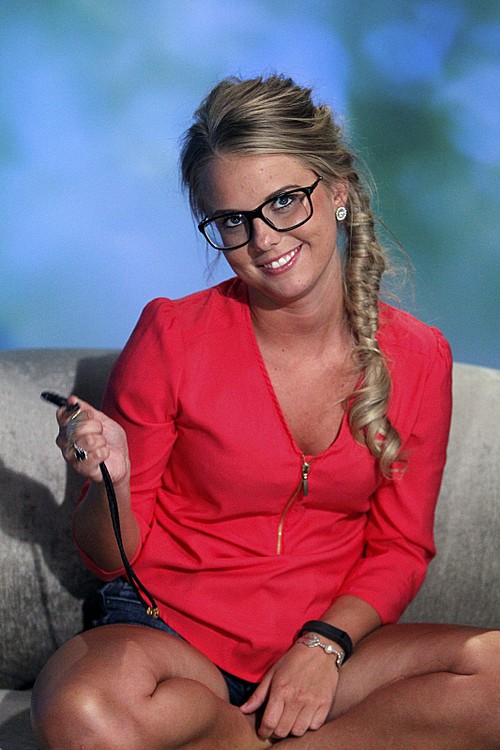 A large portion of the Big Brother 16 audience was thrilled when Nicole and Donny won the HOH competition. At least the Detonators were not going to be in control of the house this week. Perhaps with the change in power we will get a change in the game play. So far, Nicole and Donny to a lesser extent have been kind of sitting quietly in the background. With Donny losing the BOB, that leaves us with only Nicole to count on. The question is, will Nicole have the guts to make a move that truly changes the game?

So far she is talking the talk.

Thus far, it appears that Frankie is in her sights. Frankie has long been a power player both behind the scenes and as a member of Team America. He is a player that has kept his hands relatively clean despite having a them in pretty much every move that has happened in the house. Relatively little has happened inside the Big Brother house that Frankie had nothing to do with. He has done a great job of being active but keeping it relatively low key. The fact that he has done that with Zack around is a small miracle to say the least.

Frankie is the perfect target for Nicole to backdoor, but if she swings and misses she could be in serious trouble. Frankie has a pretty powerful reach in the game and it is no certainty that Nicole would have the votes to put him out if she did get him on the block. A better option for Nicole would actually be Zack or Caleb. These two would be sure bets to get voted out if they are put up. She also would not hurt any feelings in doing it.

Nicole has not actually shown the ability to make a major move in the game. She nearly fell apart just nominating Donny the first time around. That said, she has grown up a great deal during the game. It appears that her relationship with Hayden is helping her confidence. Perhaps with his urging and support, she will actually make a major move and liven this edition of Big Brother up.

If things end up staying the same, Big Brother 16 is in danger of becoming rather stale. While it is cool to watch a powerful alliance work as planned, it takes a bit of fun out of it. The Detonators have been in power so often that the numbers are becoming impossible to overcome. Barring someone actually getting backdoored or someone turning, the game could get really predictable. That is never a good thing with Big Brother.

Come on Nicole! Do something crazy and turn the game on it’s ear!