Big Brother 16 Spoilers: Why Cody Califiore Must Win Final HOH Round 3 and Take Victoria to Final 2 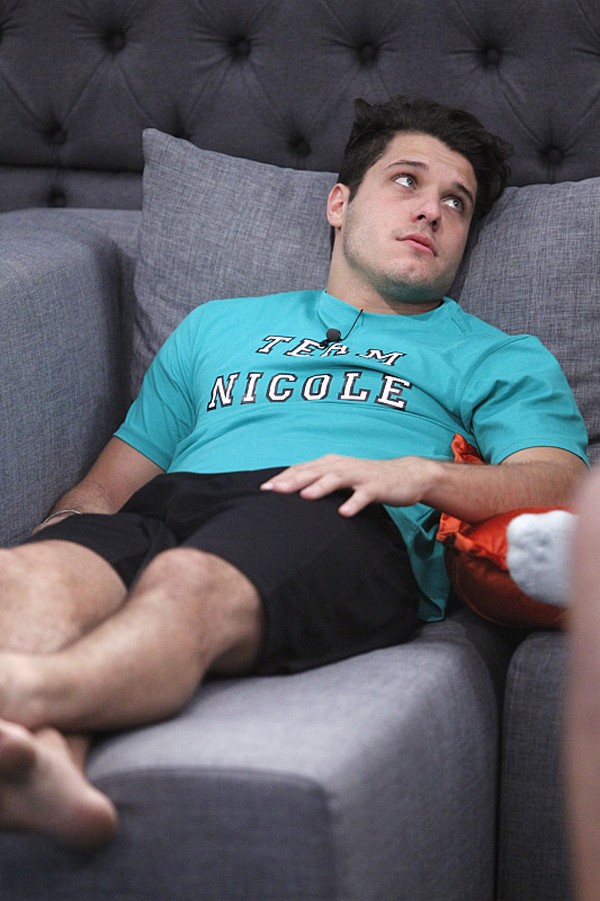 Big Brother 16 spoilers show that Cody Califiore is heading into a Final HOH round 3 showdown with his Hitmen brother Derrick Levasseur and he doesn’t realize his Big Brother 16 life likely hangs in the balance. In fact, Cody, winner of Final HOH round 1, needs to stop practicing his final two speeches and make sure he actually gets there. Many people think that Derrick will take Cody to the final two if he wins HOH round 3 but I don’t think so. Everything Derrick has done so far has been extremely smart and that move would be totally ridiculous. It is very hard to imagine Derrick, who beat Victoria in round 2 Final HOH, throwing away the chance at a sure win like he would have against Victoria and Cody seems totally oblivious to this. In fact, Cody is in serious trouble if he thinks he has any shot at beating Derrick.

Assuming that Cody moves on and wins the final HOH round 3 competition, why would he do anything other than take Victoria? He keeps saying and implying that he will take his final two alliance to the end, but to tell you the truth, that is Big Brother suicide. Does he really think he can beat Derrick in any scenario? The only way Cody could win was if America was voting and all the little teenagers were the only ones casting votes. Then Cody would probably win. The jury? That is not going to happen.

Cody needs to remember back earlier in the game when he had multiple chances to pull the trigger and didn’t. It seemed that every time Cody could take someone out that mattered, he sputtered. He truly played a good game in general, but he took absolutely no chances. Now he sits in a precarious position. Fans of his are praying he sees the danger ahead (Frankie sitting next to him on the block) and that he pulls the trigger given the chance.

Cody is a good competition player and might even come out on top here. When that happens, he needs to eliminate Derrick and coast to a Big Brother victory. Derrick would absolutely give him his vote because he respects the game. He would also respect the gameplay and understand the move. As for the other jury members, it is hard to imagine any of them giving Victoria a vote for the win. She simply was too stagnant in the game. She won nothing and she basically got carried to the end by people wanting to sit next to her. The legacy is not fantastic, but at least she managed to get there. That is more than many other players were able to do, whatever the reasons.

In the end, Cody needs to man up and win this competition first. Once that happens, perhaps common sense will jump up and kick him into gear. If it does not, he might be headed for one of the biggest Big Brother mistakes of all time.