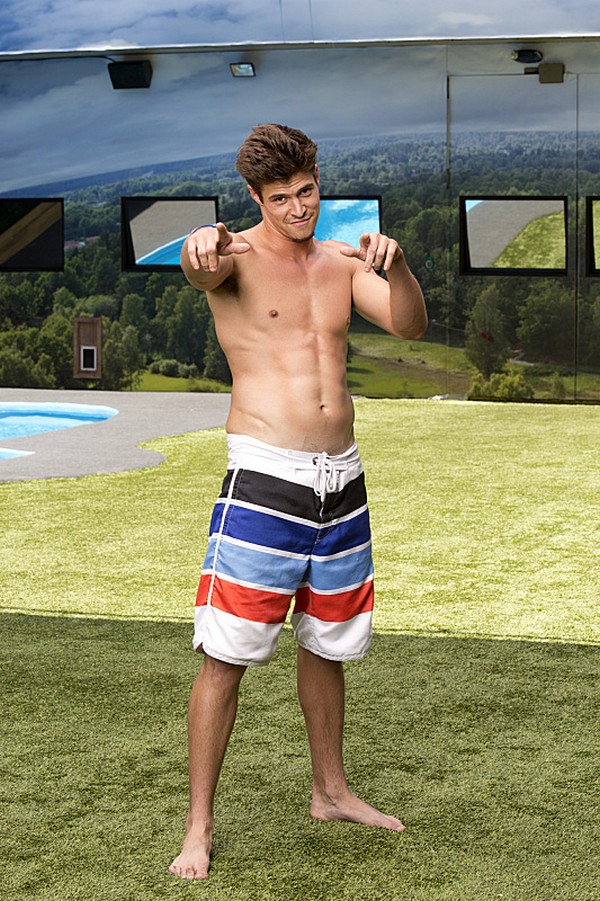 Thank God for Zach Rance during this season of Big Brother 16. As the weeks wear on, and particularly since Devin was ousted, Big Brother has taken on a very safe approach. The houseguests are all seemingly taking the easy and obvious road and the majority of the house seems to simply following the script laid out for them. One thing about Zach is that he follows no script at all. The guy is just as likely to blow up with his best friend as he is to pick a fight with his worst enemy. Drama is the name of the game with Zach….and I am thankful for it.

When the HOH competition was over this week 5 and I realized the Detonators were once again in power, I was wholly prepared for a boring week 5 of Big Brother. Frankie and Zach won the competition and now will Battle for HOH. With Frankie and Zach being members of the Detonators, it probably will matter very little who actually wins the Battle of the Block. I do, however, hope it will be Zach.

This past week when Cody balked at the chance to oust Caleb in favor of Brittany, it really made me sick. If ever there were a perfect time to make a move, that was it. Nobody would be upset with him and all would have been happy to have a powerful threat out of the house. Yes, the Detonators would be a little upset but they would not have held the move against Cody. Instead, he punked out and went the safe route.

One thing I will say for Zach is that he would have pulled the trigger in a second if he had a chance to take out a power like Caleb. With the HOH position in hand, he might do just that. Caleb is looking much better as a target this week anyway as they draw closer to various landmarks in the game. Amber is also a solid target for the Detonators as they know she could end up a threat in the end.

Bottom line, Zach will at least keep the week interesting. As annoying as he can be on occasion, he is never boring. The same can’t be said for a number of other houseguests. Hopefully we will end up with some type of drama to keep the house rolling along this week. If not, we may just watch a Detonators domination run for the rest of the summer. As awesome as that might be for them, it makes for a pretty boring episode. Big Brother has to have drama and Zach is drama personified.