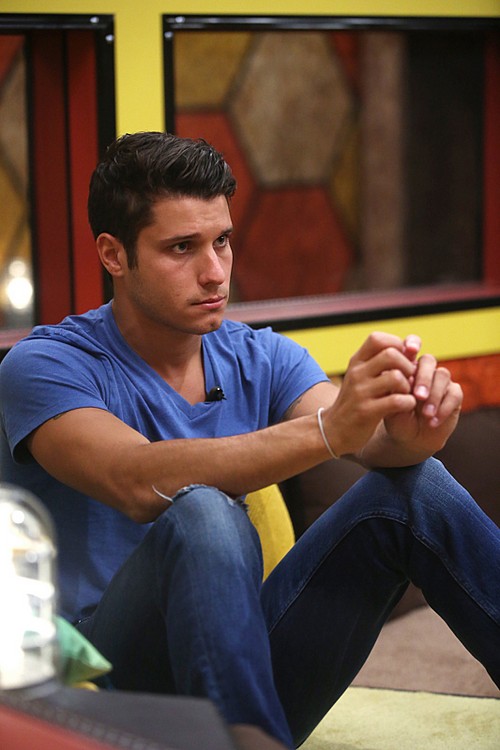 If you pay attention to the Big Brother 16 forums and chats, Cody Calafiore is probably the least likely of the remaining houseguests to deserve the win from the jury. This is based largely on the fact that he really hasn’t done much of anything if you listen to the crowd. They give him credit for flirting, hanging around and pretty much following Derrick’s lead, but that is about it. I would say that this is fairly accurate when you look closely at the surface. When you dig a bit deeper, it could be a part of a master plan.

The following scenario is certainly giving Cody a heck of a lot of credit, but i is possible.

Let’s say that Cody rides this game plan all the way to the finals and he gets to argue his position to the jury. If he plays his cards right, he might be able to pull out the win. Here are several points he should focus on if that happens:

Cody never took a romance too far – If you notice, Cody has flirted with pretty much everyone, but actually followed through with nobody. Cody might be playing that angle perfectly. Although he certainly comes off as a dog and flirt in the home, at least it is an innocent one. If he had actually went through with his flirting, he would then be in a showmance and be targeted. Cody simply played the social game via flirting and did it rather well. The houseguests all seem to pretty much love him. That is the idea when jury rolls around but hard to actually pull off. Cody managed to do that so far.

Cody rode Derrick’s coattails – This is going to be a tough one to turn into a strength unless he turns it on towards the end and wins a few comps. If you look at Cody, he clearly is capable for winning competitions. He is built to win and he seems to be somewhat intelligent. Although Cody has “rode the coattails of Derrick” throughout Big Brother, he could focus on the fact that he has done that on purpose. Why get your hands filthy when you have someone willing to do it for you?

He turned it on when it mattered – This key question only works if Cody then turns it on at the end and shows that he could have been winning all along….but instead he laid back. Never mind if this is actually true or not…it is all about perceptions. Cody needs to turn it on and win some comps to prove his abilities. Then he has the perfect jury argument put into place.