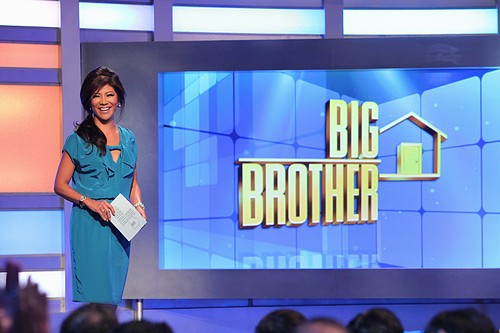 Big Brother season 16 is right around the corner, and we can’t wait to witness all the spicy drama that’s sure to be dished out over the course of the summer. Are you eager for the new season to begin? Big Brother season 16 will premiere Wednesday, June 25th and bring together a slew of strangers, all while their actions are monitored 24/7 beneath one roof. If you haven’t jumped on the BB bandwagon by now, then what’s your deal, awesome CDLer? Make sure to hop on the crazy train this summer; don’t worry, we’ll make the ride as fun as possible.

While official news surrounding the identities of potential house guests has yet to be released, we stumbled across some pretty epic spoilage that, in all honesty, seems (or at least sounds) quite legitimate. We found four major insights into the 16th season of BB that we just had to share with you:

1. On the very first night — the time of arrival — the guests will each be called into the Diary Room where they’ll be asked to pull a name out of a hat (or something). The catch? The name they pull out of the hat will be their new partner for the duration of the game. Now, here’s where it gets interesting. There’s an incentive (there’s always an incentive in the game of BB!): If the partners take each other to the end, then they’ll receive an extra prize. Not too shabby, right?

And to make sure the contestants don’t reveal the existence of this deal, BB has threatened all parties with immediate expulsion from the game should they reveal the secret. Technically, everyone will have this “deal,” but tricky BB wants each team to think that they’re super special. It’s all about increasing competitiveness!

2. BB16 is supposedly going to be a “relatives season,” with a healthy mix of newbies and veteran players. If this is the case, then get ready for an intense season. Because veterans are ALWAYS out for blood. They know how things work. And they aren’t afraid to get their hands dirty.

3. One of the rumored couples is Rachel Reilly and her sister Elissa Reilly. You might remember Elissa from last season, which proved to be one of the most controversial seasons yet. She was a major source of tension in the house, especially after people discovered her relation to Rachel, the winner of BB13. If this couple really is introduced in BB16, then get ready for Team Annoying. But they definitely have the power to go far, as both are relatively strong players. However, there’s always the possibility that BB would put them against one another…

But who wants to bet that, whatever the show does with these two, that Rachel will just be whining about Brendon’s absence the whole time?

It would be excellent if they somehow introduced Brendon into the mix — and pitted Brendon against his lovely-annoying-faux-redhead wife.

4. It’s rumored that the showrunners wanted BB3 participant Danielle Reyes to appear on this upcoming season; however, according to our information, she thought she was too good for the show and rejected the studio’s offer. Her nickname on BB3 was “Dani the Devil,” for obvious reasons of her being perceived as the house meanie.

What do you think about these Big Brother 16 spoilers? Do you believe them? Do they sound legit to you? Leave your thoughts in the comments section below. We’d love to hear from you!