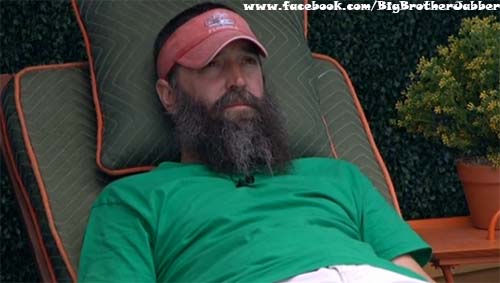 We are about halfway through Big Brother season 16 and Big Brother spoilers tease that Week 7 of the CBS reality TV show just might be the most intense yet. Alliances are crumbling and tensions are mounting; it is anyone’s guess who will be going home after the live eviction on Thursday, August 14th. Week 7 kicked off with two new Head of Households, Christine and Nicole. After the Battle of the Block competition, Christine was the reigning HOH and Donny and Zack were up for eviction.

Big Brother spoilers on the live feeds revealed that the Power of Veto competition was held on Saturday, August 9th. Zach Rance emerged victorious and won the POV. It was a no-brainer that Zach would use the Power of Veto to save himself; he would be a fool not to. The question on all the BB16 fans’ minds was…who would Christine put up for eviction in Zach’s place?

According to the Big Brother spoilers from the live feeds, the Week 7 Power of Veto ceremony was finally held and, as predicted, Zach used the POV to take himself off the block. Christine made a surprising move and put Nicole up for eviction in Zach’s place. At the beginning of Big Brother 16, Nicole and Christine were inseparable, and they even made a final two deal. However, a few weeks into the competition, Nicole learned that Christine formed more than one alliance behind her back. As the weeks went on, Christine’s ruthless true colors began to show.

So, Big Brother fans, are you shocked that Christine actually put Nicole up on the chopping block? Who do you think will be evicted this week? Nicole or Donny? Share your predictions in the comments below and don’t forget to check CDL for all of your BB 16 spoilers and recaps. Don’t forget to follow our Facebook page, Big Brother Jabber. Click on the image below!