Blake Shelton is at it again. The notorious flirt seems to have set his sights on yet another younger blonde and it has started World War 3 at home. Miranda Lambert has to be getting pretty used to her husband’s inability to behave himself when it comes to other women, right? Even losing 35 pounds only kept Blake focused on her for a few months and then he was back to ogling other women.

According to the March 10th print edition of National Enquirer the trouble began on Valentine’s Day when Blake and a young Russian model named Alena Shishkova began following each other on Twitter. Shortly thereafter he tweeted #nowplaying with myself, which was believed to be in reference to her. Miranda has already admitted to watching Blake like a hawk and when she saw this she lost her mind calling his behavior disgraceful. She also demanded that Blake unfollow Alena and he absolutely refused. He made it clear that Miranda does not control his every move.

While Miranda can’t prove for certain that anything is really going on between Blake and Alena she has made it clear that if anything at all materializes linking them then she’s done with the marriage for good. How much longer are these two going to drag out this mess of a marriage? I mean it is so obviously not working. Blake seems to have no intention of being a loyal husband to Miranda so at what point will she finally pull the plug? Will Alena be the woman that makes her do it or will it be the next random chick? Tell us your thoughts in the comments below! 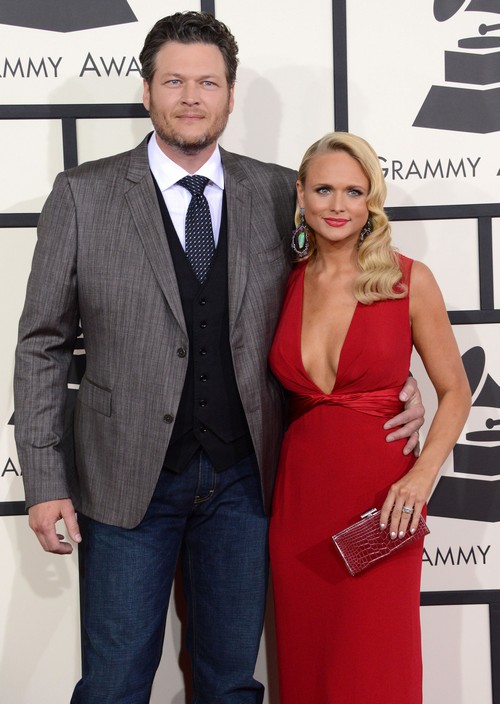