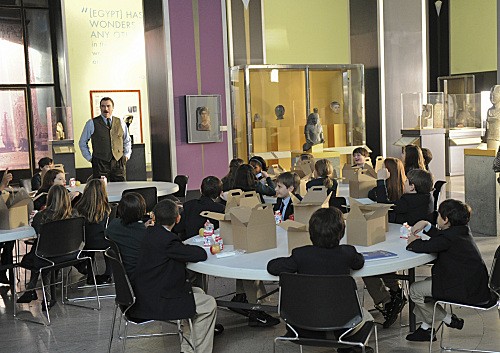 Tonight on CBS Blue Bloods continues with a new episode called,“Insult to Injury.” On tonight’s episode A woman calls the police and threatens to kill herself and the man who killed her parents, so Danny races to find her in time.  Did you watch the last episode?  We did and we have a full recap right here for you.

On last week’s episode when Danny and Baez investigated the kidnapping of a young girl who disappeared after school, it brought back difficult memories for Danny, who worked on a similar unsolved case many years ago. Meanwhile, Frank butted heads with Inspector General Kelly Peterson when he refused to divulge information about a program that allowed Frank to oversee intelligence officers abroad. Criminal defense attorney Bruce Cutler, known for representing high-profile organized crime figures, guest starred as himself.

On tonight’s episode when Danny takes a call from a woman who is threatening to kill herself along with the man who killed her parents in a drunk driving accident, he rushes to find her. Meanwhile, Frank accompanies his grandson, Sean, on a class field trip and struggles to get the lead chaperone to loosen the reigns so the kids can have fun.

Blue Bloods “Insult to Injury” airs tonight at 10:00 pm ET and we will be live blogging all the details. So don’t forget to come back and refresh your screen often for live updates. While you wait for the show –  let us know what you think of the season 4, so far!

The Reagan men are stuck doing things they don’t want to do. While it’s funny that Frank tried to escape chaperoning his grandson’s school trip it doesn’t really stand up to the task Danny is forced with.

A disturbed woman called Danny up at the precinct. She was looking for the detective on the desk, a detective Killbain,  but that guy retired before Danny took over his post. And on top of that the former detective then died a few months after retirment. Yet what should have been bad news is actually “good to hear” or so said the caller. She told Danny that she was going to tell the whole world about the detective and his precinct. She was going to tell everyone by killing herself.

Elsewhere Jamie at least is having a good day. He was out on patrol with Jenko when he ran into an attractive bicycle messenger. Jamie didn’t mind the attention or her phone number but what did his partner really think about the encounter? She was making jokes at the time and yet that can always be her deflecting.

When at it turns out, Jenko has no reason to feel jealous about the attractive Maya. Maya scammed an acquaintance of theirs and when Jamie tried using the number she gave him; he ended up with a sushi restaurant.

Danny learns that the young woman called Jill isn’t just hung up on the precinct though. It seems the young woman hates all cops and even lawyers because of the way they failed her. The detective in particular had promised her that her life was going to get better and it didn’t. Nothing in her life got better after her parents were murdered.

Danny tried to track down her phone signal and couldn’t. Jill had admitted to him that she blocked it when she called. He doesn’t know but this young woman doesn’t want anyone to stop her from going through with her plan. All of her plan and not just the part about killing herself. Jill is going to kill herself and she’g going to kill the man that killed her parents.

Her parents were killed by a drunk driver one night while she was in the backseat. From what she can recall from that night, the man never left his car to check on her family. He was too busy laughing in a drunken stupor. He went to court and was given 13 years but all of that changed because of technicality in his case.

The driver was released early and Jill didn’t even receive a notification – she just saw him on the street one day having a beer laughing. Danny tried to get his sister to talk her down. Erin was going to tell her about re-opening the case when Jill chose to end the conversation. She hung up on them and then refused to answer the phone when they kept trying to call her back.

Frank ran into his own dictator albeit less dangerous. Shawn’s field trip is being run by one of the moms, a Mrs. Carpenter. That woman is wound so tight that she has everything scheduled. And that includes her daughter. Her daughter, Daisy, is friends with Shawn and the little girl had admitted to wanting to be a park ranger. Although her mother plans on her being a doctor.

Mrs. Carpenter tried to control the whole trip that kids were forced two by two into doing the boring trip of their lives. If Frank had rested control from her then the kids never would have gotten the chance to enjoy themselves. And how else was Mrs. Carpenter going to see how maybe she should try loosening up. Even the teensiest bit.

Meanwhile Jamie’s dream girl turned out to be involved in federal money laundering scheme. He was going to give her the benefit of the doubt until he realized that she was just going to keep playing him unless he passed on her case to someone with the position to handle it.  Anyways he was only going above and beyond to gain attention. He wanted someone to see how good he could be at the job seeing as he’s been on  patrol for four years now and in that same time fame both his dad and his brother made detective. Frank had called it good genes and Jamie was starting to worry about it skipping him.

Jill completely forgot to mention her brother to Danny back when they were on the phone. It appears she wasn’t the only child that was orphaned that day, but her brother has since been able to move on with his life while she hasn’t. So he began distancing himself from her and it made her feel more isolated.

They cops made her brother call her. They were hoping he’d manage to talke her out of her plan and he couldn’t. She kidnapped the alcoholic she went looking for her and was bringing to him to her parents’ memorial to die.

But Danny was right  about her. He said it was hard killing someone and he didn’t think she could do it. Jill tried to gather up enough bravado to prove him wrong when she broke down. And that’s how Danny found her. He saw her and DECKER at the park with her crouching on the ground crying.

Jill begged him to kill Decker for her. She told him that as long as she got the credit then it wouldn’t matter who killed him but Danny wasn’t going to do that and deep down she must have known it.

Decker gets to love another day and as for Jill; The D.A.’s office otherwise known as Erin will most likely seek psychiatric care for her.