The Bold and the Beautiful: Aly Attacks Wyatt as Obsession With Hope Turns Wild and Violent – Is She Jealous?

BY Siyana Riley on March 3, 2014 | Comments: 5 comments
Related : Soap Opera, Television, The Bold and the Beautiful 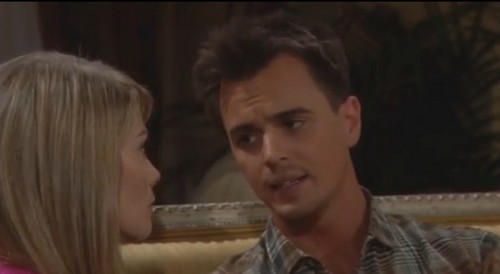 So it turns out that Aly might have a mental problem. Since this is the Bold and the Beautiful, such a plot twist isn’t entirely unexpected, although it will definitely add a lot of conflict to the upcoming episodes. But what’s also interesting is Aly’s growing obsession with Hope, which led to her confrontation with Wyatt about how he doesn’t deserve Hope. In Aly’s opinion, she’d rather Hope be with Liam Spencer, who we all know is a douche of the first order. But whichever way you go, her affection for Aly is clearly getting in the way of her judgment – not that her judgment was all that sane at the time.

Aly tells Wyatt during their confrontation that he better stay away from Hope, although Wyatt refuses. In a fit of rage, Aly tells him that he’s fired from Forester Creations, even though she really has no power or authorization to do that.

Aly’s father will not be very happy to find out that his little girl has once again gone down the crazy train. The writers are taking their time with the slow reveal of Aly’s mental issues, which she’s right now focusing on Wyatt and Hope. If her obsession with Hope continues down this path, is it possible that she’ll hurt either Hope or Wyatt? Right now, she would never hurt Hope, but we know what TV obsession always turns into. And even if she doesn’t do anything to Hope, it certainly looks like Wyatt’s #1 on her enemies list.

It’s also possible that with Aly’s drastic turn from nice girl into crazy obsessed stalker, the writers are slowly planning her exit from the show. Knowing the Bold and the Beautiful’s tendency to go overboard, it’s very possible that they’re planning a fiery exit for Aly’s character, and maybe she’ll take another character out with her when she goes. With her degree of insanity walking in on Wyatt and Hope might be more than the poor girl can handle!