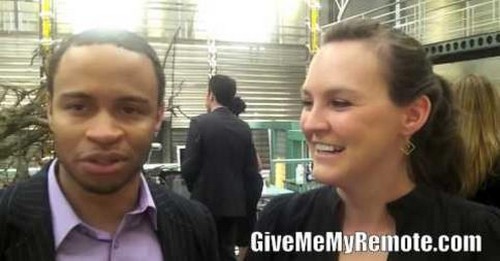 Tonight on FOX Bones returns with an all new Thursday November 20, season 10 episode 8 called, “The Puzzler in the Pit,” and we have a recap for you. On tonight’s episode a crossword-puzzle master’s remains are found in an urban fracking site, but the search for the killer among his rivals reveals the deceased was suffering from a mental illness at the time of his death. Meanwhile, a pregnant Daisy gets a boost from her doula in her time of need.

On the last episode, after severely damaged human remains were discovered under a merry-go-round, the Jeffersonian team began a complicated investigation of a billion dollar hedge fund company. When the victim’s boss (guest star Gill Bellows) became a prime suspect in the investigation, the case took a major turn as the team uncovered incriminating evidence against the victim. Meanwhile, the investigation became increasingly difficult as Aubrey felt an emotional connection to the case, and Booth and Brennan were at odds when Christine cursed for the first time. Did you watch the last episode? If you missed it, we have a full and detailed recap right here for you.

On tonight’s episode as per the FOX synopsis, “after a famous crossword puzzle master is found in an urban fracking site, the Jeffersonian team investigates puzzle champ’s fellow players in order to track down the killer. After discovering that the victim was suffering from a mental illness when he died, the team realizes the case is much more complicated than it seemed. Meanwhile, a very pregnant Daisy (guest star Carla Gallo) seeks comfort from her doula, Valentina (guest star Mindy Cohn), and the newest member of the Jeffersonian family arrives.”

Tune in at 8PM EST on FOX to watch season 10 episode 8 of BONES. We’ll also be updating fans right here as the show airs so be sure to check back in with us. Brennan and Booth have had a long television run. Do you like that their characters mix up business with home life? Hit up the comments and tell us your thoughts about their tangled relationship!

Daisy is back on tonight’s episode of Bones and it looks like she could pop at any minute. Daisy hasn’t had her baby yet though truthfully she doesn’t seem to be all that concerned about her impending motherhood. If anything she’s frighteningly blasé. Apparently her doula has been feeding her lot of garbage of about having a Zen pregnancy.  So she’s been taking it easy and ignoring the fact she hasn’t gotten anything ready.

Daisy doesn’t even have a baby room prepared. She said she’s going to wait for the baby to arrive so that he may tell her what he likes.

So naturally the team is worried about Daisy. And at first they did try to approach her gently about her decision to let the baby dictate his likes. But Bones isn’t known for her people skills. She came right out and told Daisy most of her ideas about motherhood are laughable. The baby won’t be able to communicate with her spirit. Daisy will only know about her son needs when he tells her by crying or crapping himself.

It was harsh the way Bones dished it out, but Angela tells her to keep it up. Nothing she’s been saying has gotten through to Daisy. And that’s why Angela is going to be stepping away from the office for a while. She wants to meet this doula in person before they all write her off as a hack.

In the meantime though, the Jeffersonian has a new body to deal. A puzzle master by the name of Lawrence Brooks was found in an urban fracking site.  And he was not just any puzzle master. He was kind of the biggest name around and whoever killed him also knew the perfect place to dump him.

The acid from the fracking site was eating away at the bones and it was only by chance that Hodge saved the evidence by using baking soda of all things. So while Lawrence was smart – there’s someone else walking around that wanted to prove they were even smarter.

And as for Angela, she followed Daisy to her OB/GYN appointment where she got to meet Valentina the doula. And unfortunately the woman is as crazy as she sounds. She didn’t allow Angela into the room because she didn’t want to mix too may energies.

Speaking of crazy, one of the suspects in Lawrence’s murder tried to convince Booth and Aubrey the great puzzle master had in fact stolen a puzzle from him. And of course they refused to believe him. But after some time, they found out their suspect might have been onto something.

Lawrence’s autopsy showed he was suffering from Alzheimer’s. So there’s a chance he didn’t even know he was stealing someone else’s work. However Lawrence’s wife hadn’t mentioned his condition when she was talking to the feds. So they had to ask her about that.

She told them she had gotten used to covering for husband. And that it was her fault that they stole someone’s puzzle. She’s been publishing some of his old work and had merely confused it with a letter an old friend had sent him.

But she didn’t kill her husband. She had nothing to gain if she did. It seems they were broke. Lawrence’s assistant had been borrowing money from them without their knowledge. Though the assistant hadn’t killed him. She had an alibi.

Daisy went into labor when she tried to return to the office and later all her friends quickly joined her at the hospital. And when the time came – no one dared to tell her any “I told you so”. Because somewhere around the first to second contraction – she changed her mind about her natural birth and her doula. She wanted drugs and sadly the doctor had informed her that she had waited too long to get any.

Yet the pain of natural birth ended up making her smarter. Daisy chose to focus on the case to keep her mind off of the pain and though you would never suspect it – she solved the case single-handedly. She figured out the killer had to have been closely related to their victim. She had her money on the culprit being Lawrence’s son.

So Booth asked Aubrey to look deeper into Lawrence’s past and Aubrey eventually found the son Lawrence had given up for adoption after his girlfriend had died in childbirth.

As the story goes, the young man had contacted Lawrence when his parents had died. And during their first conversation, Lawrence seemed happy about having a son. Then when they met later that day – it was like Lawrence was a whole new person and he even attempted to fight his son. Almost as if he was afraid of him. So the young man pushed back and, from no fault of his, his father died in the fall. So Aubrey had to be the one to break the news. Aubrey told the kid (because that was what he was) that Lawrence probably didn’t remember ever speaking to him.And somehow that made everything worse. He killed his father over something the other man couldn’t control.

As for Daisy, she had her baby. And, just like she promised to Sweets, their son was named after Booth!