Brad Pitt and Angelina Jolie Fighting Over ‘Lack Of A Honeymoon’ 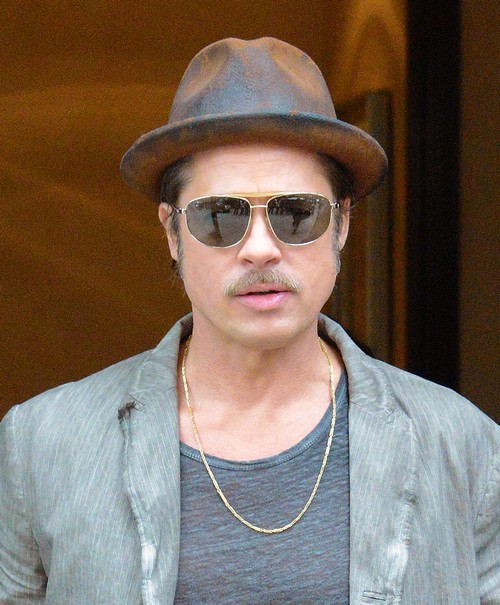 Brad Pitt and Angelina Jolie are very, very busy people. They both have Oscar bait movies to promote [Brad with Fury and Angelina with Unbroken], and in addition to that, they have six children, humanitarian duties, production duties, and networking duties. I’m not really sure when they have time to sleep, much less go on honeymoons. However, a new report from Star Magazine claims that Angelina and Brad are fighting over the ‘lack of a honeymoon‘.

Uh, did this report miss the part about Angelina Jolie and Brad Pitt jetting out to Malta immediately after their wedding? Sure, it wasn’t technically a ‘honeymoon’, since they were also going there to film their movie, By The Sea. But at the same time, it took them YEARS to get married after getting engaged, so maybe they’re saving the actual honeymoon for later? Or perhaps they actually consider going to Malta their honeymoon, since they did get a lot of time off from filming the movie. Photographers even glimpsed several family photos of Angelina and Brad spending quality time with their kids on a yacht. What other honeymoon does the public want?

However, Star’s source claims, “Angie never stops working, even when she’s at home. Brad is adamant that they have a proper honeymoon, but her mind is focused on the job. He feels like they never even got married.”

Here we go again. Yet another attempt to paint Angelina Jolie as the frigid shrew withholding love and affection from her husband, Brad Pitt. That narrative is dead and gone, isn’t it? Also, Brad Pitt works just as much as Angelina Jolie, if not more. She spends most of her free time focused on humanitarian issues, whereas Brad is a full fledged producer with his own production company. The accusation that Angelina is the one who refuses to take a honeymoon is a bit sexist, no?
What do you guys think?

“Fury” star Brad Pitt checks out of his hotel in New York City, New York on October 15, 2014. Pitt has recently revealed himself to be gun advocate, telling Radio Times, “There’s a rite of passage where I grew up of inheriting your ancestors’ weapons, My brother got my dad’s. I got my grandfather’s shotgun when I was in kindergarten. The positive is that my father instilled in me a profound and deep respect for the weapon.” He admitted that he fired his first handgun at age 8, and that he doesn’t really feel that his family is safe unless there’s a gun in his home… FameFlynet