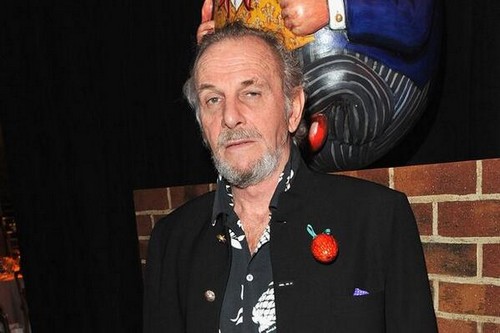 Camilla Parker-Bowles‘ brother, Mark Shand, died earlier today from a head injury sustained in a fall. Mark had been attending a charity event for Sotheby’s, and reports claim that he fell outside the afterparty after allegedly having too much to drink. Whatever the reason for his fall, he hit his head and sustained a life threatening injury. They rushed him to the hospital and put him on life support, but there was unfortunately not much else they could do at that stage. Soon after, Mark passed away, leaving behind a devastated sister, family, and friends.

What’s particularly tragic about this is the suddenness of the accident, and Camilla probably didn’t even have time to register it. Sources this morning stated that Camilla had to make the decision on pulling the plug, but the fact that Camilla didn’t get to say good-bye to her brother in person is probably devastating. Clarence House has already released an official statement on behalf of Prince Charles and Camilla, stating, “The Duchess, The Prince of Wales and all her family members are utterly devastated by this sudden and tragic loss.”

Sources are also saying that Camilla might pull out of her upcoming Canada tour with Prince Charles. She and Charles were set to go on the tour in May, so it’s possible that Camilla might be able to pull herself together by then. But it’s unlikely, considering that her brother just died. That’s not the sort of thing you recover from in one month, even if you have royal obligations that you need to tend do.

There will likely be a funeral and memorial service held for Mark over the next few days, in which she’s expected to make an appearance. However apart from that, Camilla’s reportedly planning on staying out of the limelight for the next few weeks in order to grieve in peace.