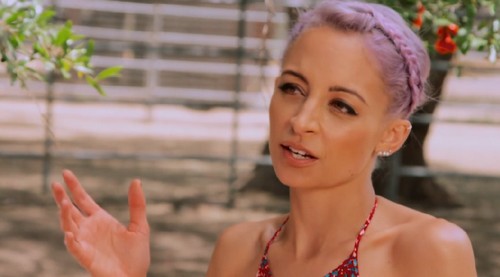 Tonight on VH1 Candidly Nicole airs with a new episode called, “How to Be Friends with Hens.” On tonight’s show Nicole is concerned that the other mothers are treating her differently.

On the last episode Sofia’s parents were away meaning that Nicole now needed to step in and take their place as they’re away, she’ll need to take on the responsibility of taking care of Sofia. Did you watch the last episode? If you missed it we have a full and detailed recap, right here for you.

On tonight’s episode, Nicole starts to worry as she notices what she believes that the other mothers are starting to treat her differently, she tries to find out what’s going on.

Nicole Richie is back for another episode of Candidly Nicole and tonight she is taking on the other moms at school. You know, the ones who sit and a huddle and refuse to accept anyone new? Well, Nicole is determined to find her way in to the group and she is intrigued by their harvest party plans. Nicole decides hat she will bring the fresh eggs because she is a chicken farmer- except that she’s not really.

Nicole heads to a gay chicken ranch to track down a few chickens so that she won’t be empty-handed at the harvest party. She talks to her friends about how judged she feels by the moms and how she just wants to deliver those eggs as promised. In order to do that she’s learning how to take care of her hens but she realizes they won’t deliver enough before the party. She needs 3 dozen eggs but the hens are laying 3 a day so she ends up going to an organic store to buy some eggs.

Nicole heads to the party with a bucket of eggs that she tries to pass off as having come from her chickens. Eventually the other ladies ask her if the eggs are really hers and she comes clean and says no. As it turns out the mean moms weren’t really that mean they just thought that Nicole wouldn’t like them. Tune in next week for more Candidly Nicole.