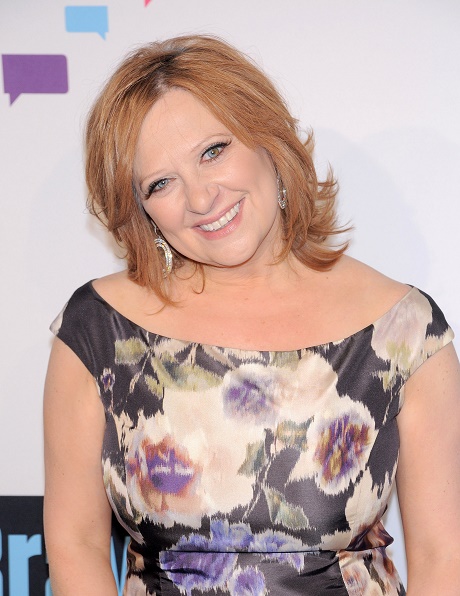 Caroline Manzo doesn’t like Teresa Giudice or Joe Giudice, and I think we’ve sussed that out already. However, Caroline has been doing a terrible job of holding back her passive aggressive insults towards Teresa, which she displayed in all their glory during Sunday night’s Watch What Happens Live.

It’s not hard to deduce that Caroline Manzo is secretly jumping up and down at Teresa’s 15 month jail sentence, since she can now take over her spot on The Real Housewives of New Jersey. But even if Teresa doesn’t get fired, that doesn’t guarantee that Caroline is going to become an instant hit.

However, I can say with utmost certainty that Caroline Manzo is probably envisioning a slow takeover of Teresa Giudice’s career, but will it work? I do have to give it to her – Caroline’s clever, and she’s not outright saying anything against Teresa or Joe. No, she’s managing to strike the exact right balance between criticizing Teresa Giudice and offering sympathy to her and her family. Take, for instance, this example of Caroline explaining Teresa’s jail sentence, explaining, “You can’t blame anything. You can’t blame Bravo. You cannot blame anything for things that happen in your life, you know what I mean?”

She claims she won’t judge Teresa or Joe, but isn’t that what she’s been doing all this time? Bravo and The Real Housewives have been taking every advantage of Teresa’s jail sentence to go on a media blitz, probably hoping that more people would tune into the show after hearing about it. But Caroline, honey, maybe be less transparent about your goals here unless you want to appear even more like a famewhoring attention-seeker than you already do.