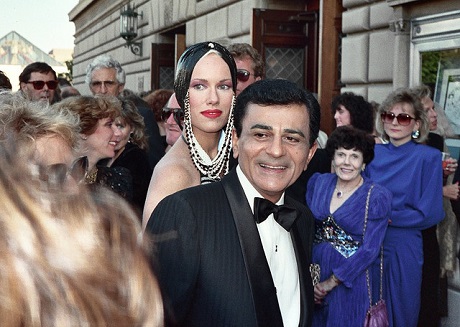 Casey Kasem, who was best known for providing the original voice for the American Top 40 Countdown, died earlier this morning at the age of 82. The news has been confirmed by countless sources, including his daughter, Kerri, who took to Facebook this morning with a heartfelt message: “Even though we know he is in a better place and no longer suffering, we are heartbroken.”

Casey suffered from Parkinson’s disease, as well as dementia, and his wife had placed him in a nursing facility where he spent the remainder of his days. For those who haven’t heard any news surrounding Casey’s situation, his wife and daughters were involved in a rather nasty legal battle — to decide how Casey’s final days would be spent.

Kasem allegedly told his children the following: “If the extension of my life would result in mere biological existence, devoid of cognitive function, with no reasonable hope for normal functioning, then I do not desire any form of life-sustaining procedures, including nutrition and hydration.”

However, despite this information that his children supposedly had, his wife Jean wasn’t for pulling him off life support. Not at all. The judge ultimately ruled in the children’s favor. As she left the courtroom, she said that the children would be responsible for his death and that they would have their father’s blood on their hands.