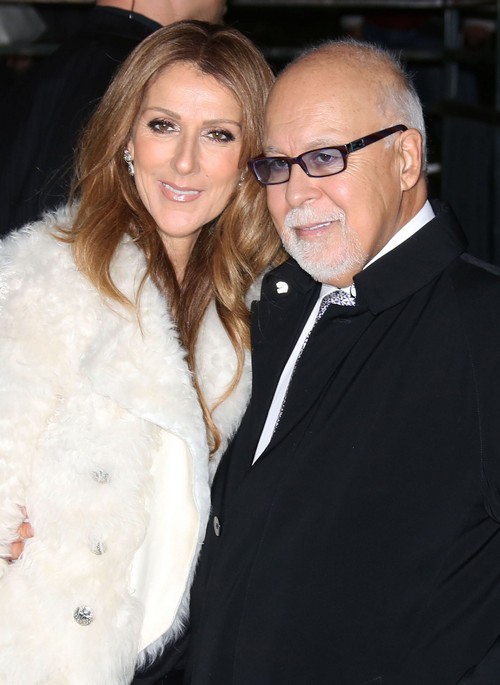 Celine Dion is dealing with some difficult circumstances right now, as her 72-year-old husband, René Angélil, undergoes a 100+ radiation treatments and is getting a part of his tongue removed to battle his cancer. Sources close to Celine tell the National Enquirer that she actually thought Rene would die after the tongue removal surgery, since he couldn’t eat, drink, or swallow anything for a time following the procedure.

Celine also opens up about the situation in a revealing new interview, explaining how she found out that Rene had cancer. She explains, “I was rehearsing for ‘The Voice’ and René had gone to see the doctor during the day. René said  to me: ‘I went to see the doctor.’ Then: ‘I have cancer.’ I didn’t know how to react. I didn’t cry. Time stopped still.”

She also adds that it was incredibly difficult for them to accept the reality of the situation, stating, “He had been in remission for such a long time since his first bout …but anyone who has ever had cancer will tell you that there is always the fear that it will return.”

Luckily for the couple, the cancer hadn’t yet spread to Rene’s jaw, which meant that the chances of a full recovery were quite high. And true to form, Rene’s long battle with cancer recently took a turn for the better, and he’s now officially cancer free. Celine reveals that their son is incredibly relieved that his father is cancer-free, and she will continue to take a break from her career until Rene has fully recovered.

She has so far cancelled her Las Vegas shows until next Spring, and she’s also cancelled her planned tour in Asia. She’s going to focus all her energy in helping Rene get back on his feet after such a grueling recovery process.

See – people may make fun of them for their age difference, but there’s no denying that Celine genuinely loves and cares for her husband.