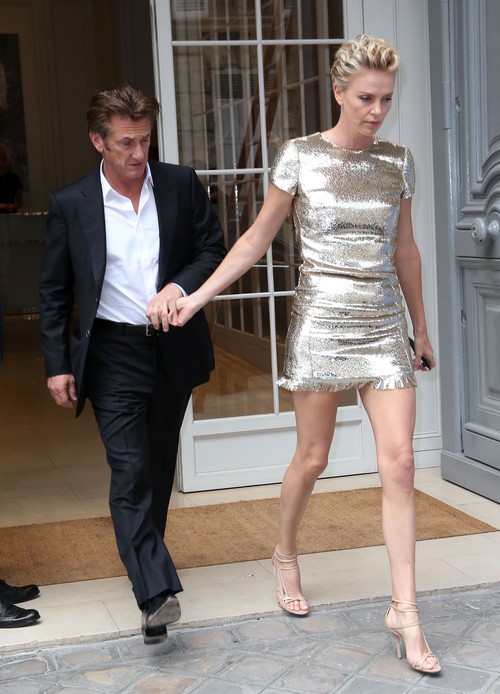 Charlize Theron and Sean Penn have shocked everyone by actually staying together for as long as they have. Nobody expected them to last, especially with Sean’s volatile romantic history and Charlize’s tendency to play it fast and loose with her recent romances. But somehow, the relationship gods decided to put Charlize and Sean together to prove that no matter how incompatible a couple may look, they can always find common ground – even in Hollyweird. Actually, especially in Hollyweird.

Sean and Charlize definitely rank up there with the oddest couples in showbiz, but what’s even more shocking is a new report from US Weekly claiming that the couple is all set to wed over the summer. That’s right, Hollywood’s grumpiest male and female Oscar winner might get married.

The couple is planning to spend time in Charlize’s native South Africa this summer where they’re filming a movie together: The Last Face, which she’s starring in and he’s directing. Apparently, they want to get married while they’re there and possibly even adopt a child together. Charlize is already mother to little Jackson, who she adopted two years ago. This would make baby #2 for them, and obviously Sean has plenty of experience in the child department, having raised two children with ex-wife Robin Wright.

We’ll have to see whether Charlize and Sean will actually go through with this, but for some reason, it wouldn’t surprise me if they do. They’ve already far exceeded my expectations in even getting together in the first place, and I’m guessing there’s some magic ingredient there that isn’t visible to the public eye.

What do you guys think of Charlize’s possible wedding to Sean? Let us know your thoughts in the comments below.

Sean Penn and his girlfriend Charlize Theron visit the Christian Dior’s showroom in Paris, France on July 7, 2014. Doesn’t Sean look like some withered and confused old man being led by his minder?