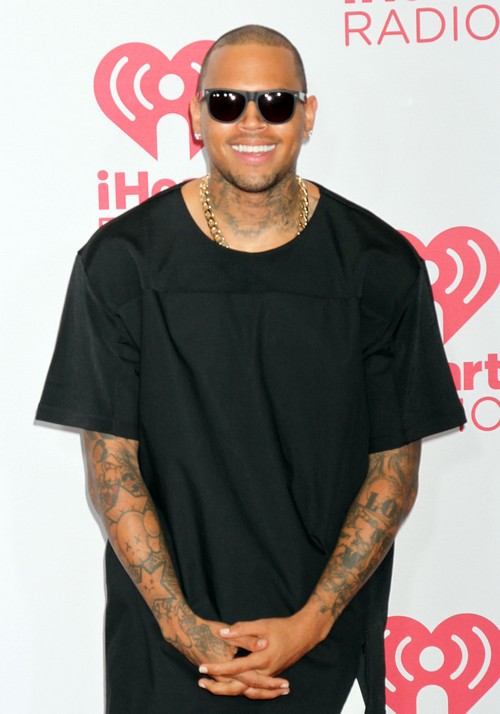 Chris Brown’s mother is so scared of her son’s gang affiliation that she is asking for help. The singer’s mother has teamed up with his on/off girlfriend Karrueche Tran and they have desperately asked his therapist to help keep him away from gangs.

Sources say Chris proudly supports the Bloods gang in LA. Chris Brown is often seen in red, appears to using known gang signs during live performances, and promotes the gang on social media. While he thinks its “cool,” Chris’ family and Karrueche fear he doesn’t understand the consequences that come with being associated with the Bloods.

It was reported last week that the LAPD is making their way through the LA club scene and discouraging clubs from allowing Chris to perform or make appearances in their clubs. They want him banned from major clubs due to the trouble that he usually attracts.

There was a stabbing at the Supperclub in Hollywood last Monday right after Chris finished performing. This incident occurred just weeks after rapper Suge Knight was shot multiple times after at Chris Brown performance and VMA part at 1OAK.

“When Brown and his people show, we know what’s going to happen. It’s a headache for us,” one LA law officer said.

Although Chris’ reportedly connected to the Bloods, he recently participated in an anti-gang charity basketball game. The charity encourages the youth to refrain from being involved with gangs and focus on academics and careers.

Since being released from jail in June, Chris has tried stay on the right path for about a minute. It just seems trouble continues to follow due to his entourage. But do you think he is really associates with the Bloods? Join the conversation and leave a comment.