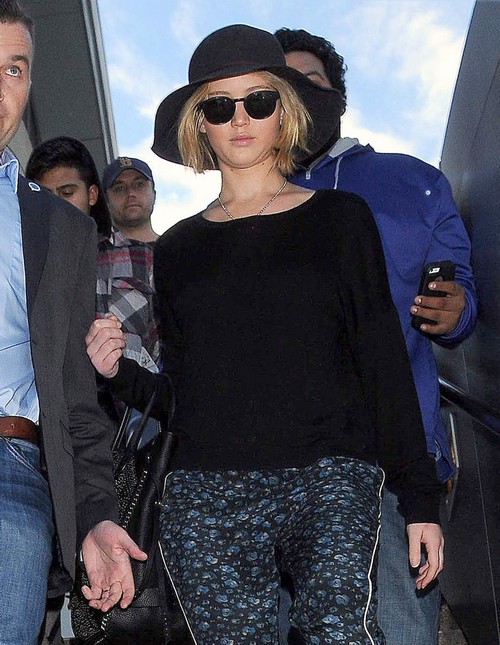 Chris Martin and Jennifer Lawrence may have ‘broken up’, but sources close to the couple have revealed that they might get back together for New Year’s Eve. After all, they were in a fairly consistent relationship for the past few months, even if Chris’ unorthodox romance with his ex-wife, Gwyneth Paltrow, turned Jennifer off. Plus, Chris Martin spent Christmas with Gwyneth Paltrow for Christmas, so now it’s Jennifer Lawrence’s turn, no?

We’d predicted that Chris and Jennifer would breakup a long time ago, but Jennifer still hasn’t gotten back together with her ex-boyfriend, Nicholas Hoult. Now, one could assume that Jennifer already has a new boyfriend, but someone of Jennifer Lawrence’s fame and stature wouldn’t be able to keep a romance secret for very long. She’s Jennifer freaking Lawrence, and even a romance with some unknown civilian will be enough to break the Internet.

Plus, it does seem like celebrities are always getting back together with their exes, right? I’m sure it has something to do with the fast-paced nature of their relationships in general, but it could also be because they have little to no self control.

There’s also the fact that Jennifer Lawrence and Chris Martin have already gotten back together once after a supposed ‘breakup’, and New Years always makes people do crazy things – especially concerning their love lives. Just because she’s Jennifer Lawrence doesn’t mean she’s immune to this..

Now, we know that Jennifer was in her hometown of Louisville, Kentucky for Christmas, but if Chris Martin is spotted in Kentucky anytime soon, there’s your answer. Even though she has yet to see his children, Chris Martin meeting her family wouldn’t necessarily be out of the ordinary – she’s traveled to visit him on tour before, so he’s [sort of] returning the favor.