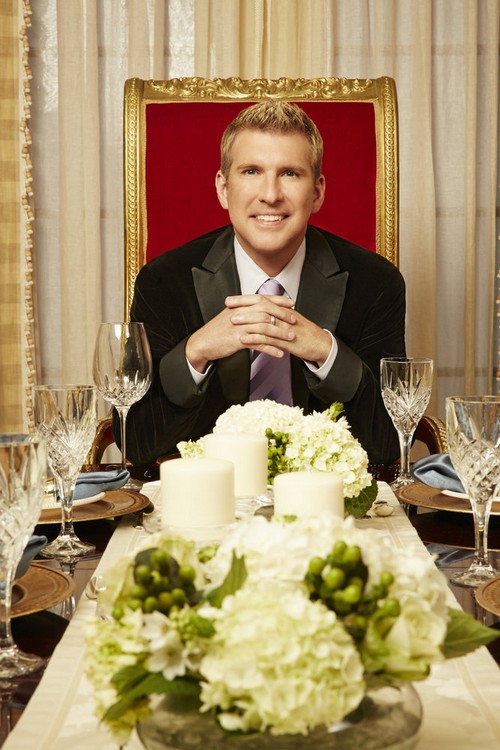 On last week’s episode  we met the Chrisley family, where Todd Chrisley was king. He micromanages his family just like his business and always tries to stay five steps ahead of his 5 children, especially his girl-crazy, teenage son Chase. When Chasedisobeys Todd and sneaks out to go to a football game, he quickly learns the consequences of disobeying the king.  Did you watch last week’s episode?  We did and we recapped it right here for you.

On tonight’s episode Todd’s eldest daughter Lindsie broke his heart when she eloped with her now-husband, Will, without telling her family. Ever since then, it has been a struggle for Todd and his son-in-law to see eye-to-eye because they are complete opposites. While Lindsie recovers from plastic surgery, Todd and Will make an effort to find some common ground at the most unexpected place—a shooting range.

Tonight’s episode is going to be filled with drama and you won’t want to miss it, so be sure to tune in for our live coverage of the show tonight at 10 PM EST! While youwait for our recap hit the comments and let us know what you thought of “Chrisley Knows Best” season 1!

Tonight’s episode of Chrisley Knows Best kicks off with Lindsie announcing she is getting a boob job, so Todd made her a boob cake and had her blow out the candles.

Todd and Julie are preparing for a family dinner, and Lindsie’s husband Will is attending. Todd and Julie aren’t exactly fans of Will, he doesn’t talk to them and makes no attempt to get to know Lindsie’s family. Todd thinks talking to Will is like “watching paint dry.”

After the disastrous dinner, Savannah meets with her pageant director to discuss her upcoming fashion show. It is Savannah’s first time walking the run way, and her coach is trying to teach her how to walk, but Todd won’t stop interfering.

Lindsie takes Todd aside to discuss his issues with Will. Lindsie stands by her decision to marry Will, and she is tired of how awkward it is between them. Todd holds a grudge against him because he never asked for Lindsie’s hand in marriage and Todd and Julie didn’t get a chance to “give her away.” Todd tells Lindsie he doesn’t want to make her feel uncomfortable, and he is willing to work with Will to make things less awkward, but Will needs to meet him halfway.

It’s time for Savannah’s big show. Her entire family attends and Todd is in shock that the dresses are so short and revealing. On the way home Todd says Savannah really needs to “up the ante” on who she walks for.

Meanwhile Lindsie is going under the knife, and Todd and Julie have the pleasure of spending five hours in the waiting room with Will. While Lindsie is getting her new boobs, Julie goes to a different room to get a little botox while they are waiting.

Todd is in the waiting room alone with Will and takes the opportunity to tell Will that he wants to make a better relationship with him for Lindsie’s sake. Will thinks that they should find a hobby to share, and suggests going to the shooting range together. Four hours later Lindsie comes out of surgery, and she is a high as a kite, but according to the Doctor her surgery went well.

The next day Todd makes good on his promise to go to the shooting range, and arrives at their apartment decked out in camouflage. He confesses he went to the army surplus store to get ready for his date with Will.

They arrive at the shooting range, with Todd decked out in his GI Joe costume. Todd picks out a gun with a green handle because it matched his pants. An employee at the shooting range teaches Todd how to shoot, but Will is much better than him at hitting the target. Todd thinks that the only reason Will is good at shooting is because he “is a Willbilly.” Will finally confesses that Todd was a better shot than he expected. Todd admits that he did have a nice time with Will.

Todd heads home after his date with Will and tells Julie they “are off to a good start,” and says he had a decent day with his son-in-law. Todd puts his GI Joe hat on and heads to be with Julie who is dressed as a nurse.