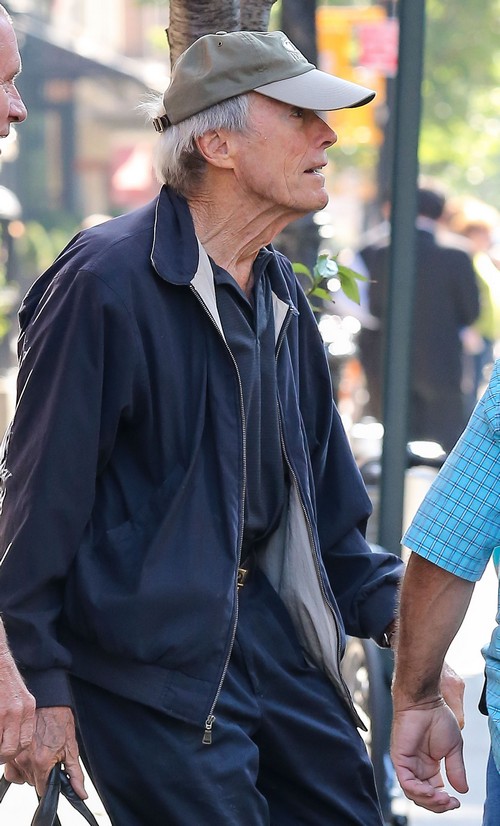 I guess after 17 years of behaving himself, Clint Eastwood has decided to make up for lost time. When things first got messy between Clint and his wife, Dina Ruiz, he turned to a blonde named Erica Tomlinson-Fisher. She just so happened to be the ex-wife of Dina’s boyfriend so they basically wife swapped. Clint took things a step further by moving Erica into his $20 million ranch- a move she no doubt appreciated since at the time she was jobless with no income. Erica seemed to be under the notion that by living with Clint it meant that they were solid.

According to the Jan. 20th print edition of National Enquirer that was never the case. Instead Clint has been a busy guy. When not running home to Erica he has been chasing after Christina Sandera, a hostess at his Mission Ranch Hotel in Carmel, California. Christina is more of a tomboy. She drives a truck, shuns makeup and the two have been hooking up in an apartment above an art gallery. When paps caught up with Clint’s second mistress and asked about the relationship she told them that she wasn’t commenting on it. She also didn’t deny it.

I wonder if Erica has any idea of what’s going on yet. She latched onto Clint and saw him as her financial savior but from the sounds of things, her days as the lady of the house are probably very numbered. Do you think that Clint wants her gone or is he just enjoying juggling a few ladies for now? Tell us your thoughts in the comments below!