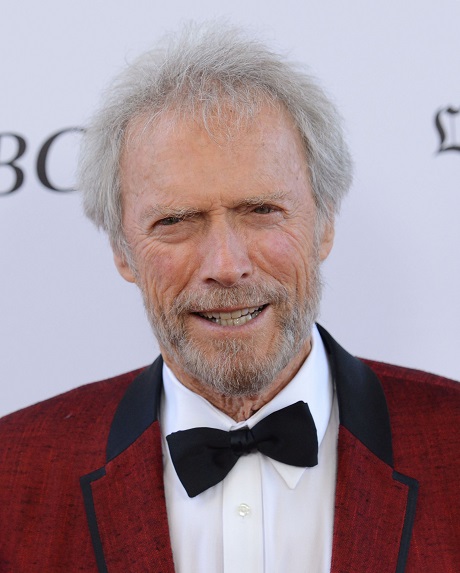 Who would have thought that 84-year-old Clint Eastwood would be making headlines for his love life? But I guess that’s what happens when you’re an A-list director and actor, and you dump your wife of two decades to hook up with a woman thirty years younger than you.

Clint and his former wife, Dina Ruiz, split up in October of 2013, citing irreconcilable differences as the reason for their divorce. However, Clint’s new girlfriend, Christina Sandera, reportedly lasted for less than a year with her previous marriage. Two decades >> one year. Maybe Clint should rethink his new fling?

Christina’s ex-husband, Paul Wainscoat, even pitched in with his thoughts on Christina’s new relationship with Clint. According to the National Enquirer, he called their marriage ‘hell’, adding, “I wish Clint all the luck in the world with that woman.”

The Enquirer’s source makes it sound as though Clint doesn’t have much knowledge over Christina’s relationship history, explaining, “Finding out Christina couldn’t last in a marriage for even a year certainly won’t make Clint’s day – and could make him question whether she’s marriage material.”

Um, the dude just got out of a 17-year-marriage. I doubt he’s in any hurry to jump back into yet another one, especially with a woman that he barely knows. Of course, Christina’s probably determined to make her relationship with Clint last longer than her marriage with Paul, especially since being Clint’s girlfriend comes with a host of benefits that she definitely wouldn’t have gotten otherwise. Of course, she’s probably also a huge famewhore, but I don’t think Clint cares.

His ex-wife was a pretty big famewhore, too, and he stayed with her for almost two decades. Plus, Clint already had one rebound after his divorce, with Erica Tomlinson. He was already juggling two women, Erica and Christina, during his divorce from Dina. I don’t doubt that by this time next year, he’ll have yet another girlfriend.