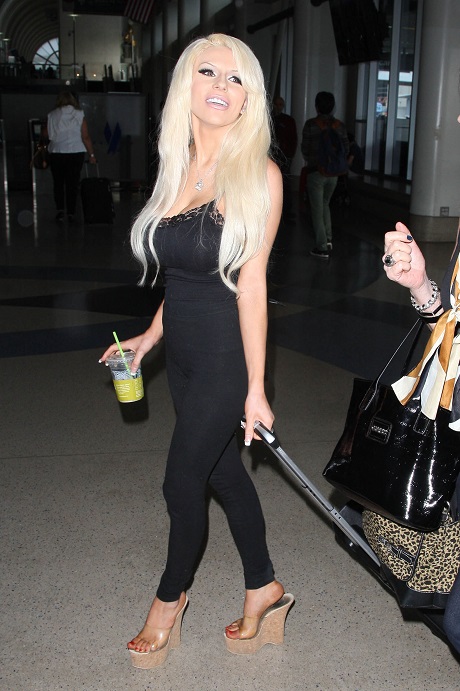 The epic love between Courtney Stodden and Doug Hutchison has officially been rekindled, folks! Yep, that’s right. The couple, who separated, has decided to get back together — and they’re so serious (again) about each other that they’ve decided to get re-engaged. Wow, talk about a roller coaster of crazy emotions. The two each released some statements on their matters of the heart and are excited to be spending the foreseeable future together.

Courtney told Fishwrapper, “Doug and I have been through so much together, but somehow through it all, it brought us closer and confirmed my love for him.”

Doug added, “My love and respect for Courtney is timeless and I look forward to our future ceremony when we renew our vows.” In conclusion, the couple added, “We are very happy to be reunited.”

This relationship is very, very, very confusing to me, and sometimes I wonder why people care so much about it — but, alas, they do. Sometimes the land of Hollywood doesn’t make much sense and I suppose this is just another instance of that.

Are you excited that Stodden and Hutchison have reunited? Do you think that *this time* they’ll last and make their relationship work out in the long run? Leave your thoughts and opinions in the comments section below. We’d love to hear from you!