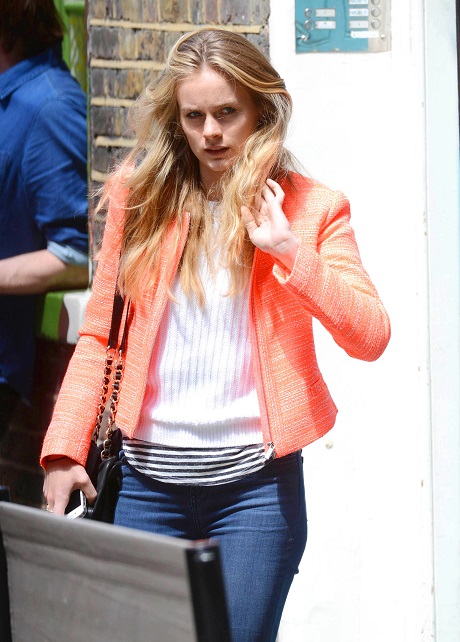 Making real life royalty jealous sounds like a pretty tough task and so if Cressida Bonas really wants Prince Harry to regret losing her it’s not going to be easy. That’s where Princess Beatrice factors herself into the equation. She just so happens to be friends with some of Hollywood’s heavy hitters and so she has decided to call in a favor or two. According to the June 16th print edition of The National Enquirer, Beatrice had a nice chat with good friends Ashton Kutcher and Mila Kunis and asked them to help find a suitable A-list young Hollywood actor to fix Cressida up with.

Cressida is obviously back on the market at least for the moment and she has really high standards so an actor makes sense. Plus it would make Harry do a double take and that may be precisely what Cressida is going for here. Rumor has it that the socialite is regretting letting her prince go and she’d like to have another shot at love with him. Cressie thought that she didn’t want to live a life filled with manners and royal appearances but now that she is without Harry that lifestyle isn’t looking so bad after all.

Do you think that it’ll take good old fashioned jealousy for Cressida to get Harry back or might he simply pick up the phone anyway if she were to reach out and call? Do you think that this romance is really finished or is there more to Harry and Cressie’s love story? Tell us your thoughts in the comments section below!