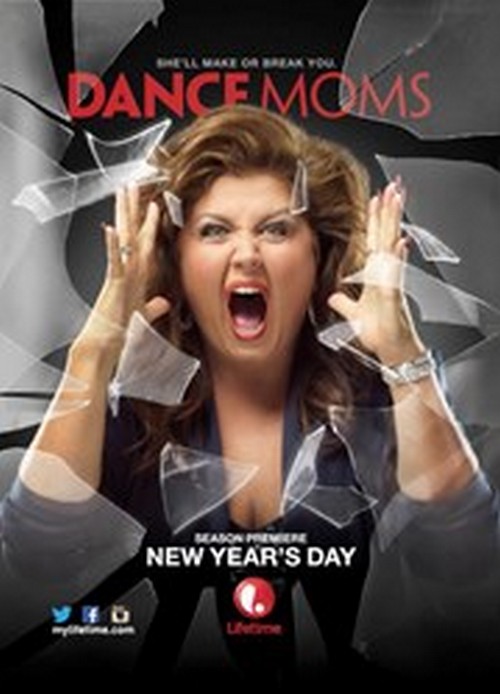 Tonight on lifetime DANCE MOMS continues with a new episode called, “Two Can Play This Game.”  On tonight’s show Abby’s dance company competes with the Candy Apples for the first time since Nationals.  Did you watch last week’s premiere episode?  If you want to get caught up you can read our full and detailed recap, right here.

On last week’s episode it was a new dance season for the Abby Lee Dance Company and Abby dropped a bombshell, she would be holding open call auditions across the country searching for new dancers…and nobody’s place on the team was safe. Brooke had a big break when Country Star Jana Kramer invited her up on stage to sing.

On tonight’s episode with the cloud of Abby’s open auditions looming over the team, everyone is on edge as the Abby Lee Dance Company competes with the Candy Apples for the first time since Nationals. Chloe and Kendall battle each other out for the number two spot and Dance Mom Leslie is feeling the pressure as Payton’s future with the team is called into question.

Tonight’s episode is going to be another drama packed one, which you won’t want to miss. So be sure to tune in for our live coverage of Lifetime’s Dance Mom’s Season 4 Episode 2 – tonight at 9PM EST! While you wait for our recap, hit the comments and let us know how excited you are about the new season  of Dance Moms tonight.

In tonight’s episode of Dance Moms, the dancers are still feeling the pressure after coming in mediocre (Abby’s opinion) in their last competition. Abby was so furious about their placement she had threatened to replace the whole team. With open calls right around the corner there could very well happen. Even the mothers fear that possibility. As for now the girls need to prepare for the Believe Talent competition and everyone knows how important it is to Abby. The team will be going up against Cathy and the Candy Apples and for the first time Abby has admitted to being fearful about her team losing to Cathy’s. Is that how bad things have gotten or had Abby already given up on her team?

As for Cathy, she’s feeling the pressure too. She needs her team to be in its best shape. The competiton is taking place in their hometown so that should be an advantage. Unfortunately, Cathy has to deal with petty jealousies. Her choreographer has become friends with one of the mothers and a certain mother (Nicaya’s) feels he’s showing favoritism. Nicaya and her mother were declined membership to Abby’s team seeing as Kaya Morris-Wiley has a mouth on her.

Like any other week, Abby must start with the pyramid. This week Brooke, Peyton, Nia, and Mackenzie are in the bottom tier. As for the second tier there is Paige, Kendall, Chloe. Chloe has really advanced this week and her mother, Christi, can’t help being proud. At the top of the performance pyramid is of course Maddie. Maddie has gotten used to be the star and so has Abby. She’s become bored by now. For the next competition, Abby wants to shake things up. Maddie won’t be given a solo this time. Abby feels like

Instead Chloe and Kendall will now be given the chance to go head to head. It will be a battle of the divas. Chloe will have her dance based on Katy Perry while Kendall’s will be based on Lady Gaga. Christi had found out that Kendall had gotten extra private sessions. But when she brought it up Kendall’s mother got defensive. She doesn’t want to have to justify her actions. No matter how you want to say it “I want my daughter to beat yours” sounds harsh.

Another thing that is harsh is when Abby called out Peyton in the middle of practice. She told the young dancer that she wasn’t working with the piece. Peyton’s mother doesn’t believe her child deserved to be embarrassed in front of her peers. Abby could have given criticism differently.

Cathy is experiencing further issues with Nicaya’s mother. The other woman believes the choreographer is overreaching with the dances and gets an attitude when no one sees what she does. She stormed out of the studio after being ignored.

Everyone arrives ready to compete. Then they went backstage and nerves set began to set in. Christi had to talk her daughter out of worrying herself. Jill had to keep her daughter from crying. Abby told them to get it together. She couldn’t take anyone temper tantrums.

Cathy’s shining apples, Lucas, went onstage and performed a flawless routine. Coming up next is Kendall. Originally the program she would go last but something must have changed. She got up on the stage and made a mistake in the first few second into her routine. Christi was pleased her daughter’s competition made a mistake while Abby chose to be understanding. She saw Kendall practicing backstage and she was flawless. She thinks the floor might be sticky. When Peyton’s mother tried to give input, Abby told her to shut up. She wasn’t going to allow a mother to give her lip in front of her biggest competitor. After her reprimand, the mother cried.

Leslie continues to cry because of her hurt feelings. She goes off by herself and Melissa had to go and get her. Melissa Reminded Leslie she needed to go back to the other girls. She had to support her daughter. Leslie rejoins everyone with sunnier attitude.

The girls go out to perform their group routine. Abby has chosen for them to go out as clones. There wasn’t anything Abby found fault with yet she did notice Cathy’s team had some great choreography. However she didn’t need to fear. Abby and her team came in first. Except for solos. Chloe came in second for hers and Kendall came in fourth.

Abby wants to enjoy their win but she does point out to Peyton she didn’t like Leslie behavior. Leslie felt that was going to far and so she got into an argument with Abby. She tried to tell Abby she doesn’t deserve to be disrespected. All she did was make Peyton Abby’s first cut.