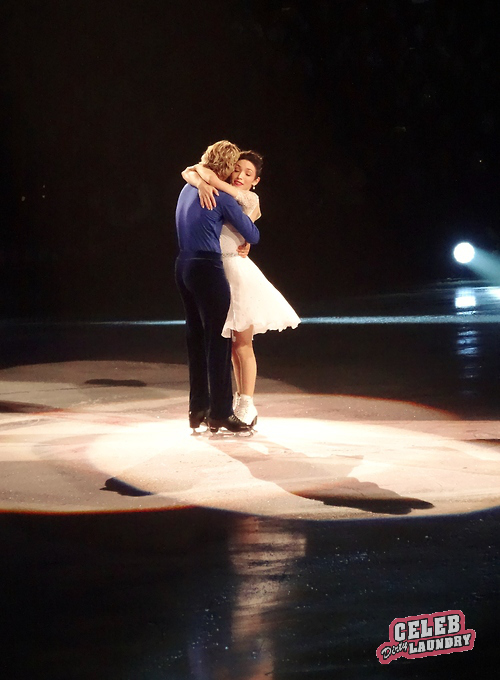 Up until this past winter a lot of people had never even heard of Meryl Davis and Charlie White, the U.S. ice dancers who won Olympic Gold in Sochi. Sure, skating fans have long been familiar with them and were well aware that these two had one of the best chances for the U.S. at grabbing a gold medal, but it took awhile for the rest of the country to catch up.

The two have spent the last month competing on Dancing With the Stars season 18, a move that’s been heavily criticized, even by other competitors such as Nene Leakes. She pointed out the obvious: Davis and White are already trained ballroom dancers. Everything that they do on the ice amounts to ballroom on skates. Is this an unfair advantage? You betcha!

Here’s where I end up torn. As a diehard ice dance fan, I’m thrilled to see skaters doing anything in prime time because, ultimately, Davis and White will bring DWTS’ fans with them back to the skating world, which is pretty awesome. Not only are they vying for that mirror ball trophy, but Davis and White are also headlining the new Stars On Ice tour that is visiting 15 more cities across the U.S. before heading to Canada.

The SOI tour was started by Scott Hamilton nearly 30 years ago and it is the longest running skating show that features elite skaters in solo spots and group numbers. In other words, a skater being offered a spot in the line up is a highly sought after job offer and puts he or she in some of the best skating company in the history of the sport.

This year’s show is kind of built around Davis and White. They have the Olympic Champion status and have DWTS’ fans to bolster their popularity too. These two appear to be working nonstop and nothing has faltered because of it. At last night’s SOI tour stop in Hershey, PA, Davis and White were absolutely perfect.

A trained skating eye will tell you that they have a quality in their skating that is almost indescribable. Aside from their ridiculous technical ability, they seem to tip toe across the ice. That softness is there at all times and if you catch them live you realize that you’re seeing something pretty amazing. For an untrained skating eye, Davis and White are just as stunning and amazing, and they make every second look effortless. 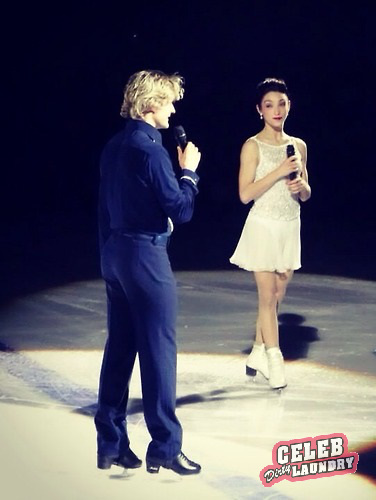 Davis and White have both had great performances on DWTS this week and, on top of that, they’ve hit 4 cities on tour and done the same. I guess they really are the kind of skaters that you bill as feature performers and it’s easy to see why ABC was begging them both to sign on the dotted line.

It’s still not exactly fair, but Davis and White’s fans (both the diehards and the newbies) do get to see them pulling double duty at least for a little while — and doing it well. Do you think that DWTS will have Davis and White dance together for at least an exhibition? Tell us your thoughts in the comments below!